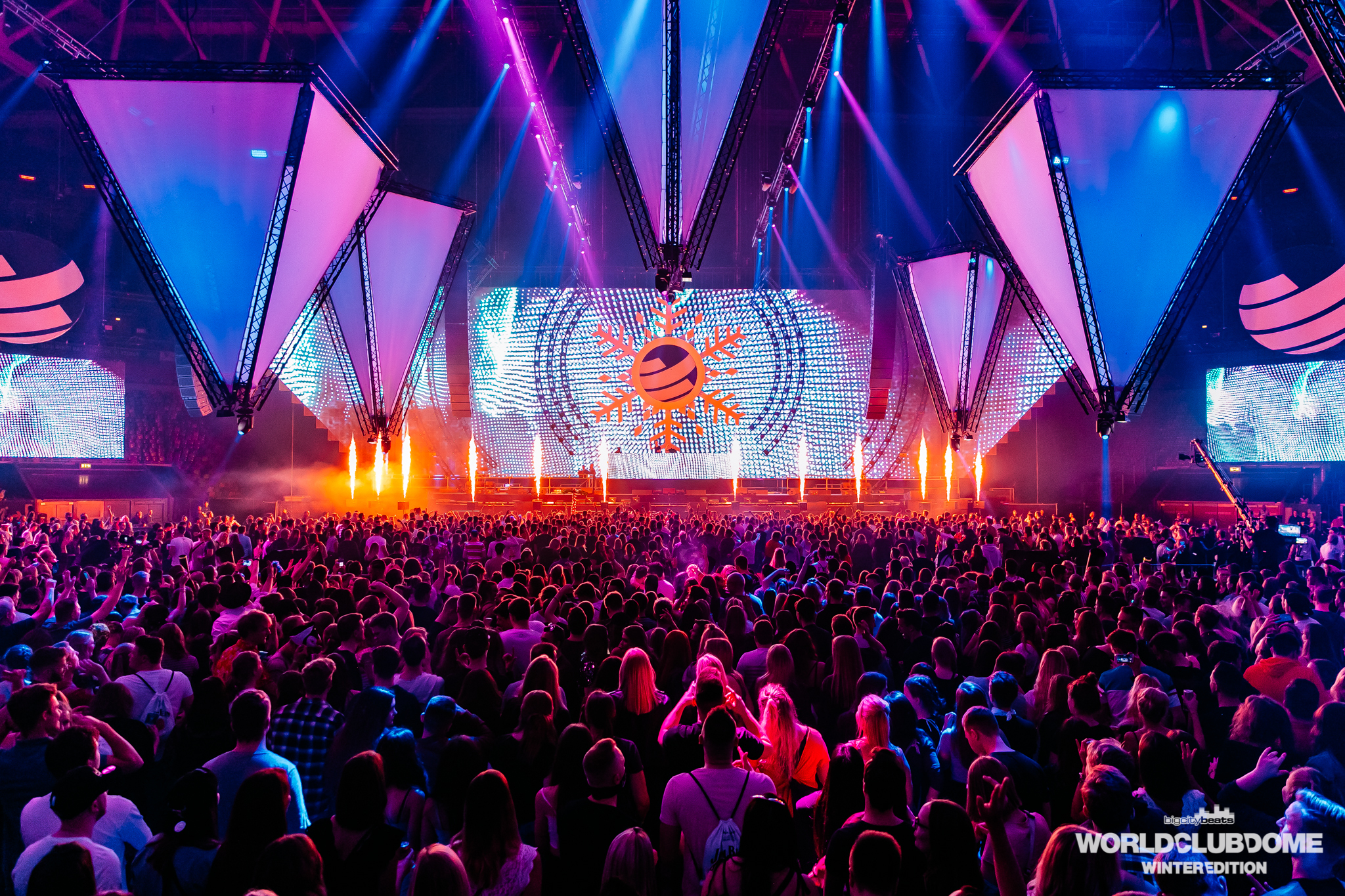 MONUMENTAL PERFORMANCES BY THE LIKES OF DIMITRI

OVER 400 GLOBAL INFLUENCERS IN ATTENDANCE FOR THE

HUGELY SUCCESSFUL EVENT WILL RETURN IN 2021

BigCityBeats WORLD CLUB DOME Winter Edition erupted once again this weekend, delivering the ultimate party to wave goodbye to those January blues. The first major event of the year – and indeed the new decade – took place in  the heart of Düsseldorf at the MERKUR SPEIL – ARENA, BigCityBeats WORLD CLUB DOME welcomed a groundbreaking 100,000 clubbers over the weekend, dancing away to the biggest lineup the Winter Edition has seen. An astounding 170 DJs and acts took to the decks across eight stages during the three day clubbing utopia, keeping the party going until the early hours of the morning. BigCityBeats’ WORLD CLUB DOME entered 2020 in style, combining music, food and a whole new lifestyle element with their brand new GLAM experience.
Friday saw a jaw-dropping opening ceremony, which truly set the tone for the weekend’s festivities. An incredible light and firework display enticed the crowd leaving fans in no doubt they were about to witness one of the biggest weekends in the music calendar. The first day featured a mammoth array of artists including Vini Vici, Ummet Ozcan and Robin Schulz, with Martin Garrix also taking to the main stage following the ceremony, reminding everyone just why he is one of the best DJs in the world. 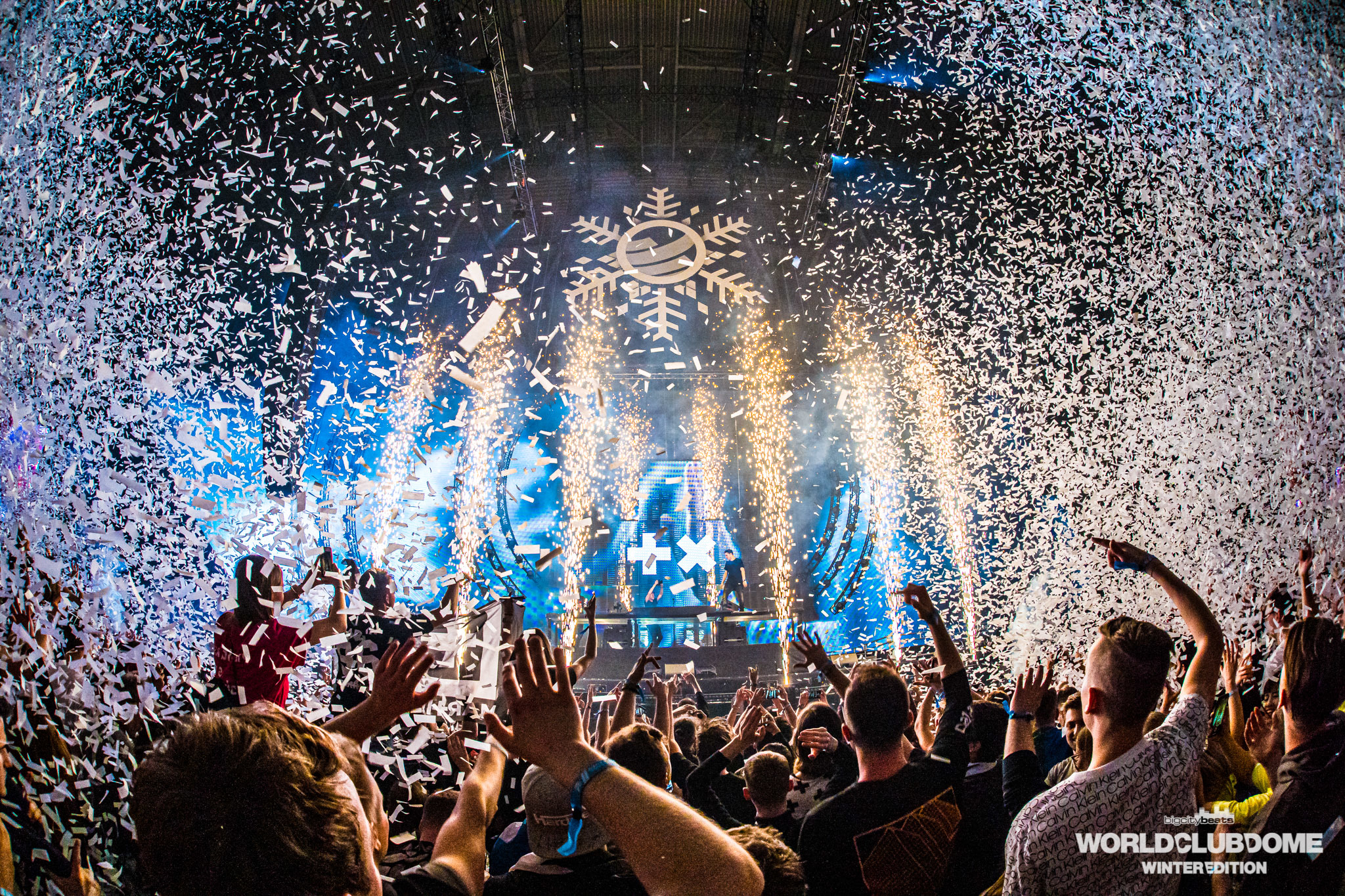 The final day came all too quickly, although another stellar lineup of artists – including a 3 hour hip hop takeover of the main stage – ensured the festival closed in true style. Legends of the scene Bausa, Sido, Afrika Islam and ICE T provided mindblowing performances during the early hours of Sunday evening. Dutch titan Don Diablo stepped in at the last minute, for a colossal set featuring some brand new music, with Belgian duo Dimitri Vegas & Like Mike closing the edition in a blaze of pryo. 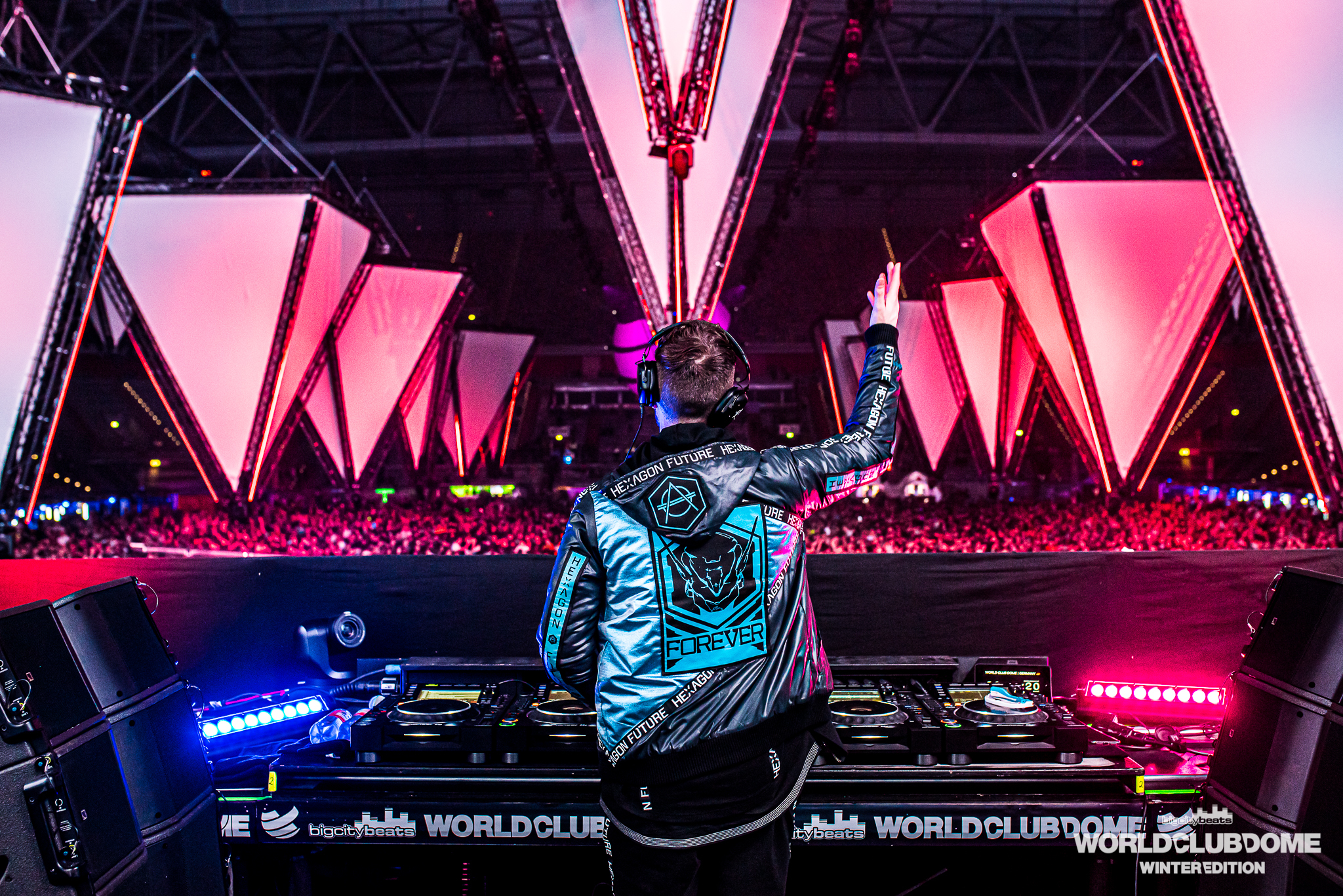 Continuing on their quest to provide world clubbers with new and unique experiences this year’s WORLD CLUB DOME introduced a whole new GLAM area, dedicated to influencers from all over the world. Germany’s much loved Cathy Hummels was on hand on Friday to officially open the BigCityBeats GLAM Festival, alongside celebrity chef Frank Rosin and a host of other famous faces from across the sport, fashion, music worlds.

The Glam space provided 400+ influencers with a space to meet up, chill out and rub shoulders with some of the artists playing the event, with the likes of Dimitri Vegas & Like Mike, Steve Aoki, Alma, MATTN all passing through. A variety of well loved brands including Elizabeth Arden, PLAYBOY, Revlon, attended the event with unique and inspiring activations – from getting a makeover to jumping in a money box to help plant trees, there was something for everyone. 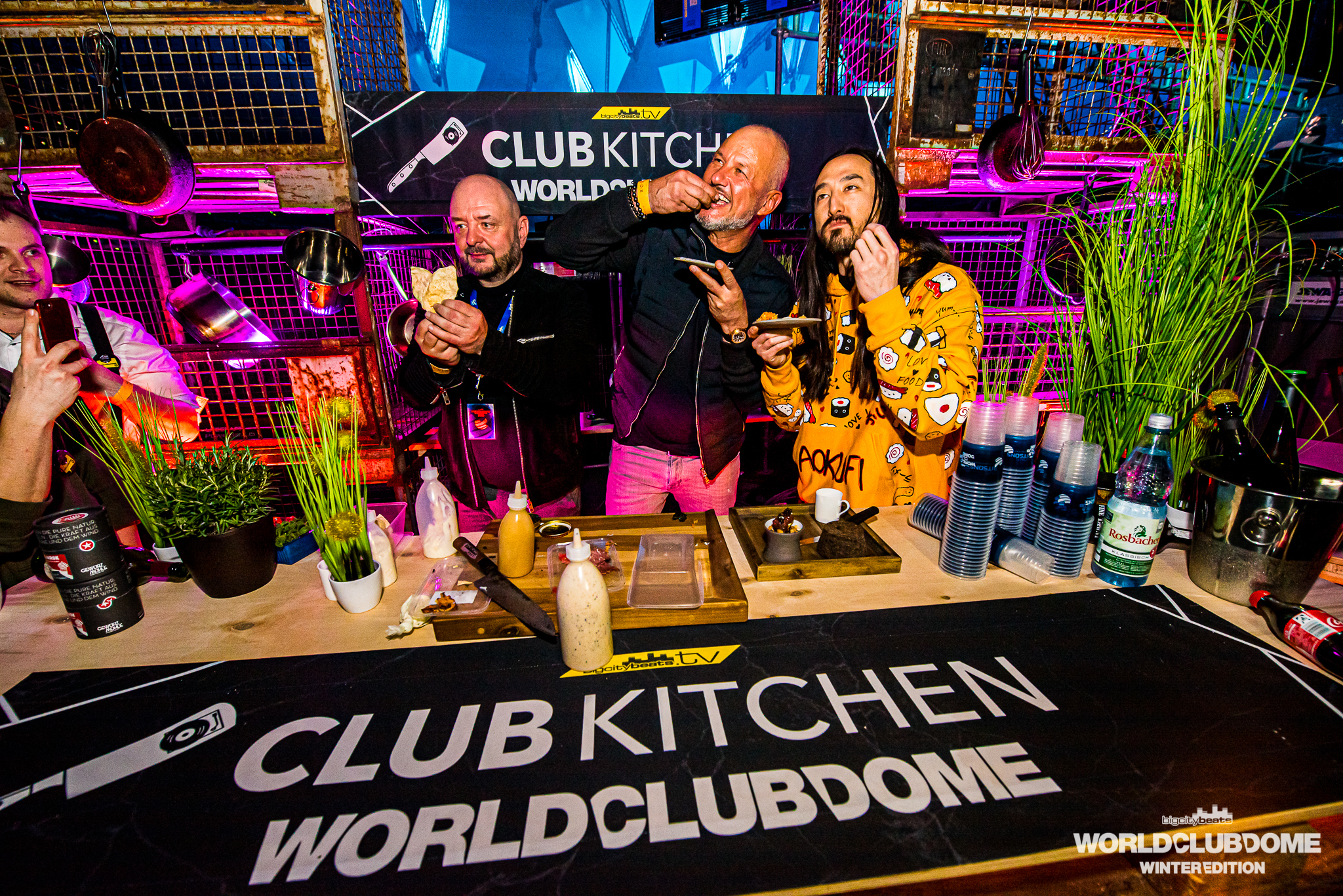 The Winter Edition also saw the continuation of the BigCityBeats’ unique Club Kitchen, with Michelin star chefs on hand all weekend to whip up some of the finest in clubbing cuisine. Saturday saw Frank Rosin demonstrate his flair as he treated artists and glam attendees to some truly delicious culinary creations unlike any other festival fare.

2019 was an unmistakable year for BigCityBeats WORLD CLUB DOME, pushing the limits of clubbing events. Pioneers of the clubbing scene, they have introduced record-breaking events across land, sea and space. Making world history with the first ever live DJ set from space in August, performed by ESA astronaut Luca Parmitano, BigCityBeats WORLD CLUB DOME became ones to watch, and the sky quite literally no longer the limit. Culminating 2019 was the highest earthly club in the world where the breathtaking Bernese alps were the backdrop to The WORLD CLUB DOME Snow Edition taking place at the iconic Jungfraujoch in December. This year will build upon their previous accolades, giving world clubbers access to a whole other dimension to gain that euphoric weekend feeling. With endless opportunities and Bernd’s limitless ability to innovate the clubbing scene, we look forward to an extremely exciting year ahead for BigCityBeats. 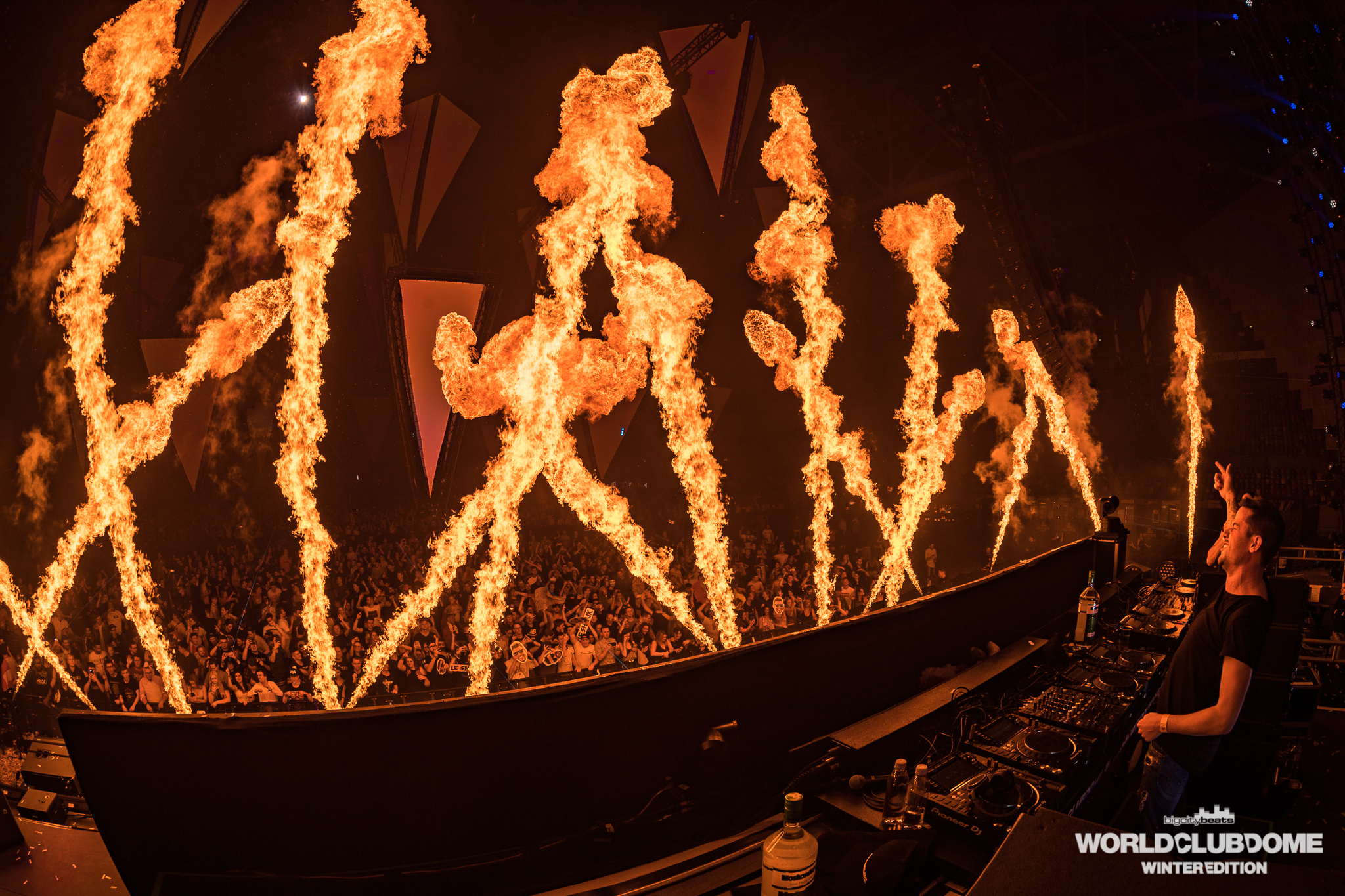