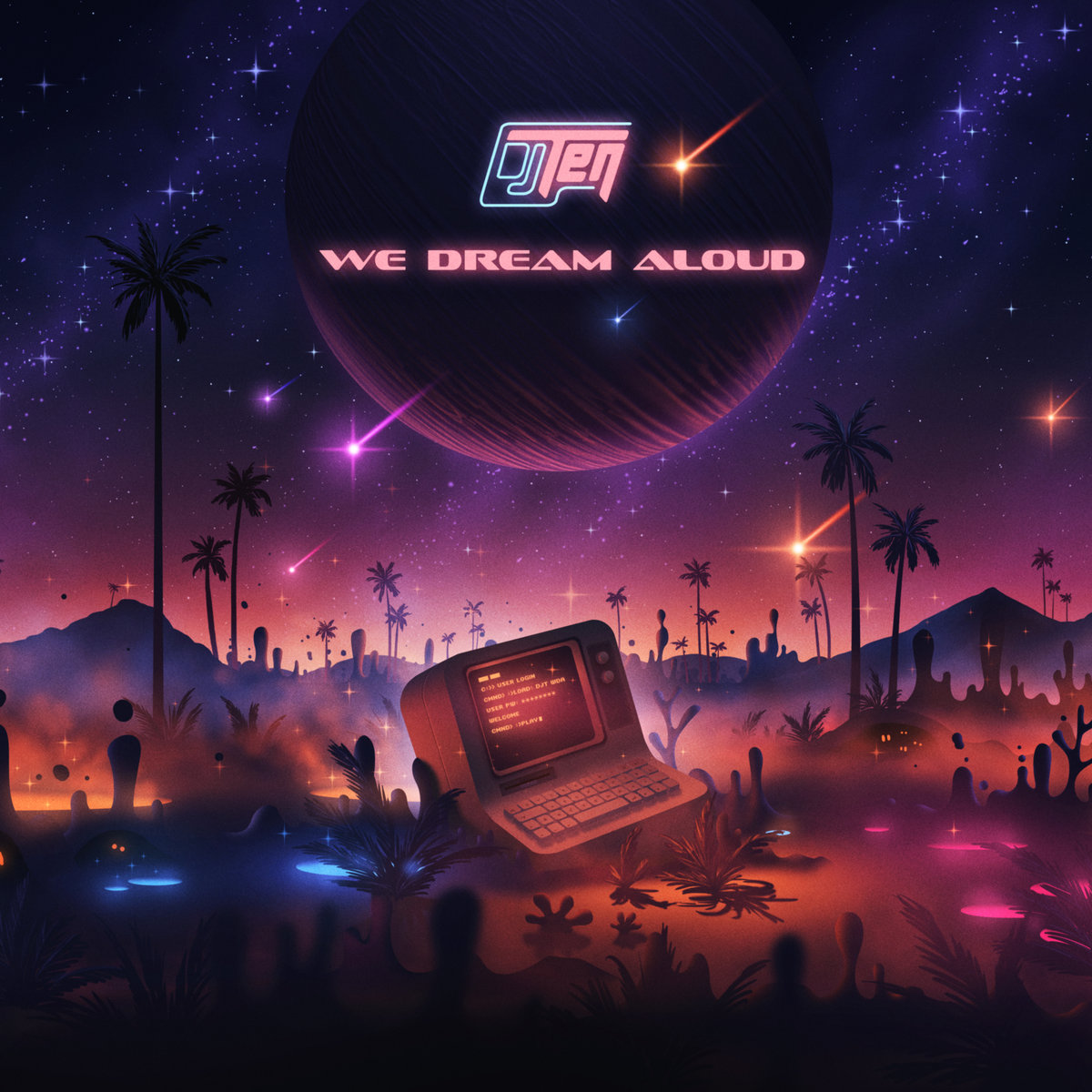 Brooklyn-based retrowave producer DJ Ten has shared his latest track, ‘Nightfall’ as part of his newly released EP We Dream Aloud via TenStars. The producer composed and mixed the EP himself with Tonebox, previous associations include DEADLIFE, stepping forward as the master engineer. DJ Ten is also the man behind the tastemaker Youtube Channel, New Retro Wave with nearly 1 million Youtube subscribers. His own work has received over 4.1 million views across streaming platforms while a track from his Retrological 2.0 album was featured in the movie ‘The Demolisher’. The EP features collaborations with several noteworthy artists including Jessie Frye, By An Ion and Lost Nights. DJ Ten has previously collaborated with synthwave producer, Trevor Something on two highly successful singles, ‘The Inner Voice’ and ‘Viral Lust’.

Featured artist Immortal Girlfriend are a synthwave electronic duo from Milwaukee, Wisconsin. The pair have performed as special guests for Thievery Corporation as well as appeared at Summerfest 2019 where renowned acts such as Billie Eilish, The National, and Lizzo were found. The brothers have previously released an EP, Daybreak. Sitting at over 370 000 plays across streaming platforms, Immortal Girlfriend are rising fast.

While DJ Ten currently lives in Brooklyn, he spent 12 years living in London where he attended school and discovered 80’s music, UK Garage and Grime. It was in Leytonstone that he began playing around on keyboards creating music and soon started getting into creating beats, thus discovering his passion for music production. “My brother would play Heart FM and they played a lot of 80’s power ballads and pop tunes. Loved the arrangement and melodies the songs had and the immense emotion they evoked” .

To achieve his retrowave meets retro-electro, DJ Ten draws inspiration from artists such as Journey, Heart and Exposé. While the resulting sound is totally unique, it draws parallels to Foreigner, Quincy Jones and Gunship.

If the stars had their own soundtrack, ‘Nightfall’ would be it. Leading with organic percussion meeting retrowave synths, R&B aspects quickly appear with the smooth female vocals. DJ Ten creates him own niche genre with a foundation of 1980’s synths meeting dreamy contemporary effects, the retro-futuristic productions provide a solid support for the R&B influences.

Finding inspiration in more than just other artists, DJ Ten shares, “Nightfall was inspired by many things for me. The key thing being to make a song with retrosynth inspiration, but to also give it a modern vaportrap twist and execution. I love to blend different sounds together that no one expects.”