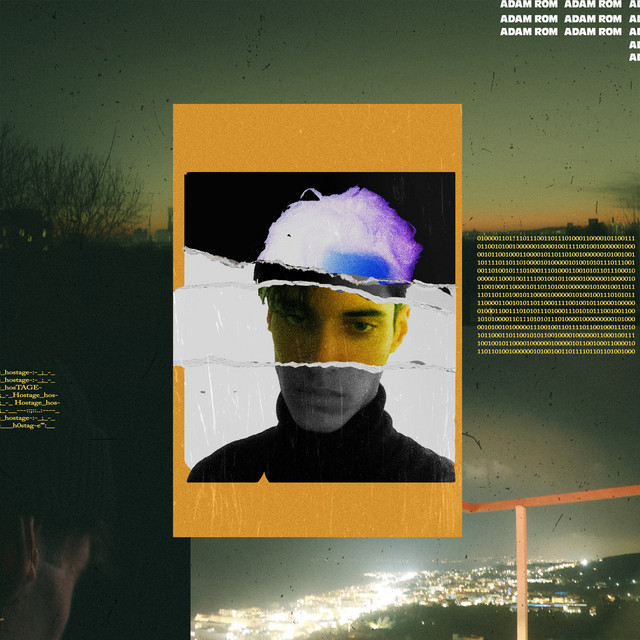 Announcing itself with fluttering, emotionally-tinged instrumentation, ‘Hostage’ is a modern pop ballad that sees Adam tackle themes of love and loss with his trademark style and grace.

Adam explains: “I wrote this song with the sick Futurecut and Ruxley. It was the second song we wrote of the day, the first one didn’t feel right but then I pulled up the beat for hostage and we all knew we had to write something to it. It sort of all fell into place within a few hours and I walked away from the session knowing I had something really special.”

Undergoing a rapid ascent through the ranks over the past few months, the 18-year-old South London based artist is approaching 2 million streams across his first three releases since he dropped his debut single ‘Obvious’ last summer. The animated record was featured as ‘Best New Pop’ on BBC Radio 1 and subsequently went onto secure multiple plays and support from BBC Radio 1’s Scott Mills who said, ‘If Justin Bieber did that, that would be a worldwide smash’.

This was followed up by ‘Curse’, an emotive pop track fusing trap and house elements, and the wistful ‘Back To You’, while Adam also made his live debut at fashion festival Tokyo Girls Collection. More recently LA-based DJ and producer Le Youth released a more electronic-oriented take on ‘Obvious’.

With fruitful influences from his family throughout his youth, Adam’s musical journey began when he picked up a guitar aged 12, the drums and piano soon followed, and when he was then introduced to Logic Pro X production software, it felt like a natural progression. Armed with the skill-set needed to create his own music, he first began penning lyrics and recording tracks in the summer of 2017 and is yet to look back.

Another stellar single, Adam Rom continues to build on his reputation as one of British music’s most exciting prospects.