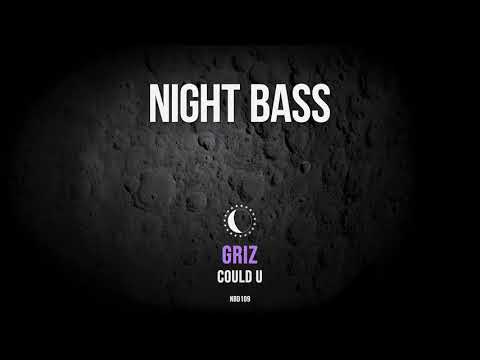 Teaming Up with the Leading Collective For the First Time Ever

Following a career-defining year for the Detroit-born electronic producer, GRiZ kicks off 2020 in a major way, releasing his first track on the premier bass and house label, Night Bass. Bringing fans the groovy tech-house cut, ‘Could U,’ GRiZ explores a new sound divergent from his usual dubstep-driven productions. Leading with an undeniably catchy guitar progression, the warmth of the bassline and bouncy synth-work sets the tone for GRiZ’s funk sensibilities to get to work. Listen to ‘Could U’, here.

GRiZ shares his excitement around the single: “I’ve been a huge fan of Night Bass releases for the past few years. Lately I’ve been letting my heart go where it goes and it landed on this techy, groovy, funky, bassy house joint called “Could U.” It’s been such a smash to play live & AC Slater was kind enough to include me on his label with this release 🙂 I’m honored!”

AC Slater shares the backstory on how ‘Could U’ came together: “I was on FriendShip in my cabin getting some sleep when I heard house music pumping from one of the other cabins via the mobile DJ setup. It was REALLY good. My wife thought that it was possibly GRiZ DJing. The next day I got an email with the ‘Could U’ demo from GRiZ. It was such a wild coincidence that we had just been talking about him, and I’ve never gotten a demo or email from him before. The song was FIRE, we couldn’t stop listening to it. I guess ‘Could U’ was destined for Night Bass!”

GRiZ doesn’t shy away from exploring a diverse array of sounds, as is showcased throughout his latest four-part Bangers EP series, ranging from the explosive dubstep collaboration, ‘Griztronics,’ to the “Cha Cha Slide” sample in ‘Gonna Get Funky.’ No matter the genre, GRiZ is constantly evolving and taking a fresh approach to his music, undoubtedly drawing listeners to the dancefloor. ‘Could U’ is no different, featuring vocals from GRiZ himself and a relentless beat that AC Slater and Night Bass have become notorious for championing. Slater has pioneered the bass music movement in the US, collaborating with influential artists on his label such as Wax Motif, Shift K3y, Jack Beats and Chris Lorenzo.

GRiZ will bring his energetic live show across Europe this month, hitting premier venues in Spain, France, Germany, UK, and more. Following his international run, GRiZ returns to the US for some of the biggest festivals in the world including two weekends of Coachella, Okeechobee, Lightning In A Bottle, among others.