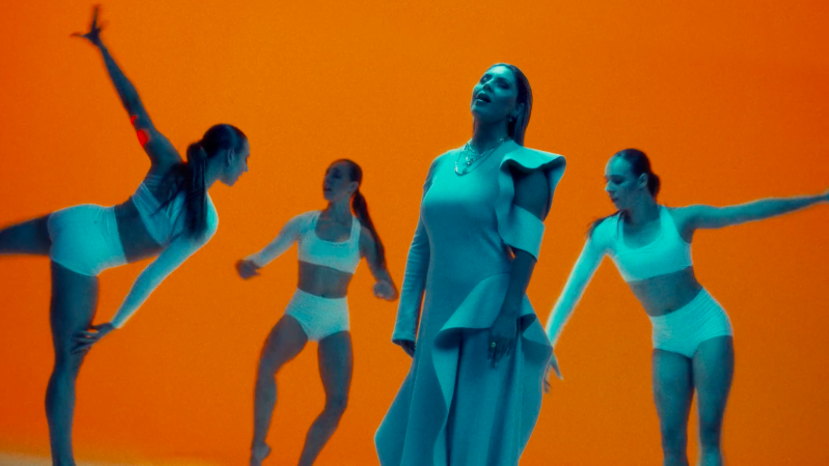 Empara Mi has released the gorgeous official video for her brand new single ‘Shout’, taken from the forthcoming mini-album Suitcase Full Of Sins out March 27th. 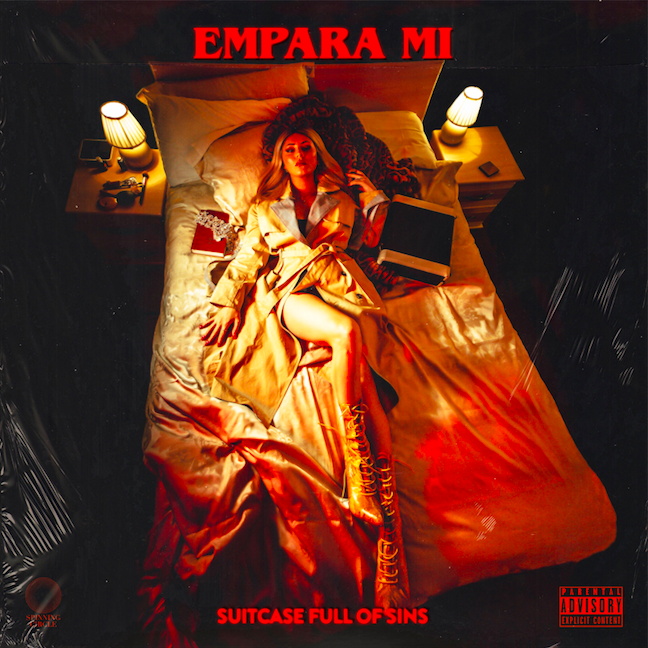 ‘Shout’ is a powerful song of acceptance and finding solace in heartbreak. Utilising only delicate guitars, strings and minimal keys as backing, the song is the most impressive example of Empara Mi’s jaw-dropping vocals yet. The video premiered yesterday with Wonderland, who described it as “continuing her trend of combining pop, hip-hop and R&B in the most sensual and emotive way possible.”

The video features Empara Mi performing the song among a dramatic and powerful dance routine. Ainsley Ricketts choreographed and stars in the video. He also performed a stunning dance routine to ‘Shout’ on BBC One’s The Greatest Dancer, which led him to become a finalist on the show.

Regarding the video Empara Mi says, “This video was one of the most amazing experiences I’ve ever had. Not only did I get to work with my extremely talented friend Ainsley who choreographed the video, but the directors IVO & STIP, and the whole team at Mill Channel were the most incredible bunch of people I’ve ever worked with.

“To me, this song symbolises the moment I realised I was absolutely fine being by myself and going after what makes me happy. That’s why I’m smiling in the video at the end because it reminds me of that. I was writing about a time where I felt torn down and unaccepted for something that was so natural to me. All I wanted was to be around people who felt the same and wanted to raise each other up and that’s what I have now, and the last scene of the video is that physical interpretation and that’s why I love it so much.

“This song is about not caring anymore and letting go of all the things and people who have held you back and that’s exactly how shooting the video felt.”

‘Shout’ is taken from the forthcoming mini-album Suitcase Full Of Sins, a collection of her highly acclaimed previous songs as well as new material. The record showcases her journey so far, since her emergence in 2016 with debut single and opener ‘Wanderlust’, right through to today where she has unveiled a dramatic, ambitious and emotional new direction with the singles ‘WYGD’, ‘Ditch’, ‘Blood In The Water’ and ‘Shine On You’. She also gives a taste of what to expect from Empara Mi in 2020 with the bold new song and closer ‘No More’.

The songs find Empara Mi uniting pop, hip-hop and R&B alongside her striking visual aesthetics to develop a distinct and unique identity. The tracks have clocked up millions of streams on Spotify alone, drawn critical praise from the likes of The Fader, Noisey, Wonderland, HUNGER, Clash, Line Of Best Fit, London In Stereo and more, while most recently her singles were featured in six episodes of the latest series of Love Island.

With the release of her mini-album, Empara Mi has packed her Suitcase Full Of Sins to prepare for the new adventures that lie ahead…

“Her cutting blend of pop, R&B and hip-hop sears like a burn, sometimes ghostly, sometimes a hurtling force of nature – but always a striking sonic and visual blast.”
Wonderland

“Her striking music speaks for itself”
The Fader

“A devastating sense of soul”
Clash