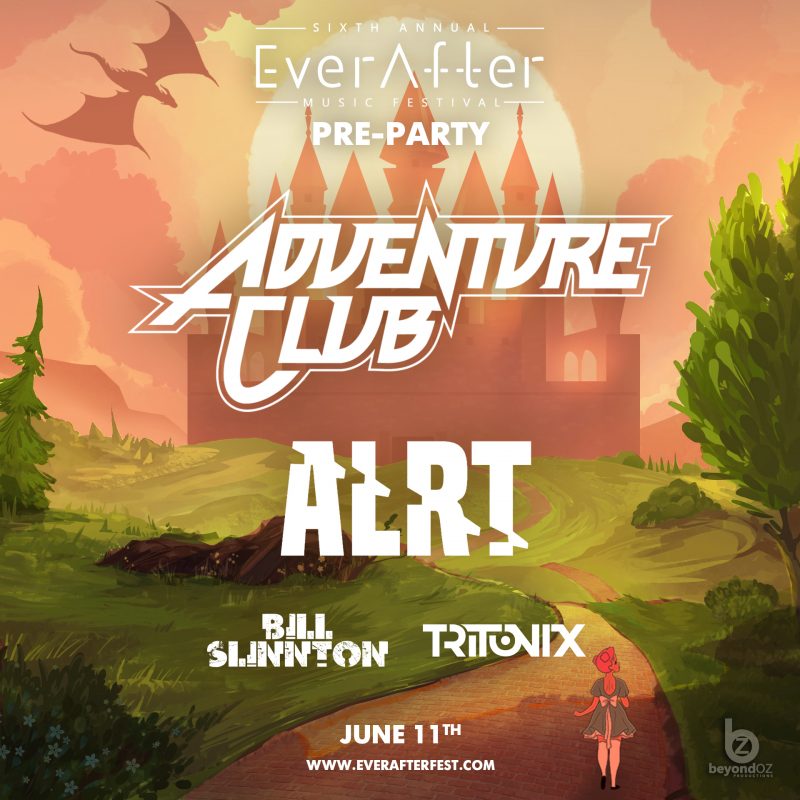 Ever After Music Festival is gearing up for its most coveted edition yet, set to take place in Kitchener, Ontario on June 12th, 13th, and 14th, 2020. To build anticipation for the main event, Ever After will host an official pre-party on Thursday, June 11th, headlined by renowned Canadian duo Adventure Club. In addition to festival performances from Zeds Dead, REZZ and SLANDER B2B Subtronics, fans will be treated to a newly-announced set from Night Bass head honcho AC Slater.
PURCHASE: EVER AFTER MUSIC FESTIVAL 2020 TICKETS

EVER AFTER MUSIC FESTIVAL OFFICIAL PRE-PARTY
Further enhancing the colossal roster announced in January, the  Ever After Music Festival official pre-party will host sets from four additional bass acts. Montreal duo Adventure Club will be playing a monumental headlining slot with support from ALRT, Bill Slinnton, and Tritonix. A staple in the melodic dubstep realm, Adventure Club has made their mark throughout the past decade with an ever-growing fanbase. Their most recent collaboration ‘Already Know’ with Said The Sky and Caly Bevier has amassed over 2 million streams on Spotify alone. The official pre-festival party is poised to kick off the festival in an explosive way.
Ever After Music Festival is committed to ensuring the smooth and safe arrival of all campers and ticket holders for the 2020 edition. Campers are encouraged to take advantage of load-in day on Thursday, June 11th ahead of the pre-festival party to mitigate delays on the first day of the festival. Following standard load-in day procedures, doors for the official pre-party will open at 6 pm EST. All campers and VIP ticket holders will be granted complimentary admission to the pre-party on Thursday, June 11th.

In addition to the pre-festival party announcement, Ever After Music Festival is excited to announce AC Slater as the final official headliner on its 2020 lineup. The Night Bass creator will headline the Upsidedown House stage, showcasing his unmistakable bass house sound. Joining the likes of Habstrakt, Chris Lorenzo, VOLAC, and a special Houseloadz set from Dubloadz, Friday’s heavy house stage will be a one stop destination for many festival goers. Ever After aims to deliver a diverse array of talent each year, and the addition of AC Slater is bound to offer an experience that is full of surprises.

Each edition more diverse than the last, Ever After Music Festival is rapidly approaching 70% sold out with prices expected to increase soon. Ever After offers a variety of ticket options for patrons including GA, Rabbit Hole, and VIP. Rabbit Hole tickets are currently selling in the fourth and final tier, and will be sold out very soon. Camping and hotel packages are now 65% sold across the board. Fans can still take advantage of current tier pricing when they purchase a payment plan by April 4th.
With the festival expected to sell out this summer, fans are encouraged to purchase tickets as early as possible – tickets are available via https://www.showpass.com/eamf20/.

Media can apply to attend Ever After Music Festival 2020 as press via the accreditation link here: https://getinpr.com/accreditations. 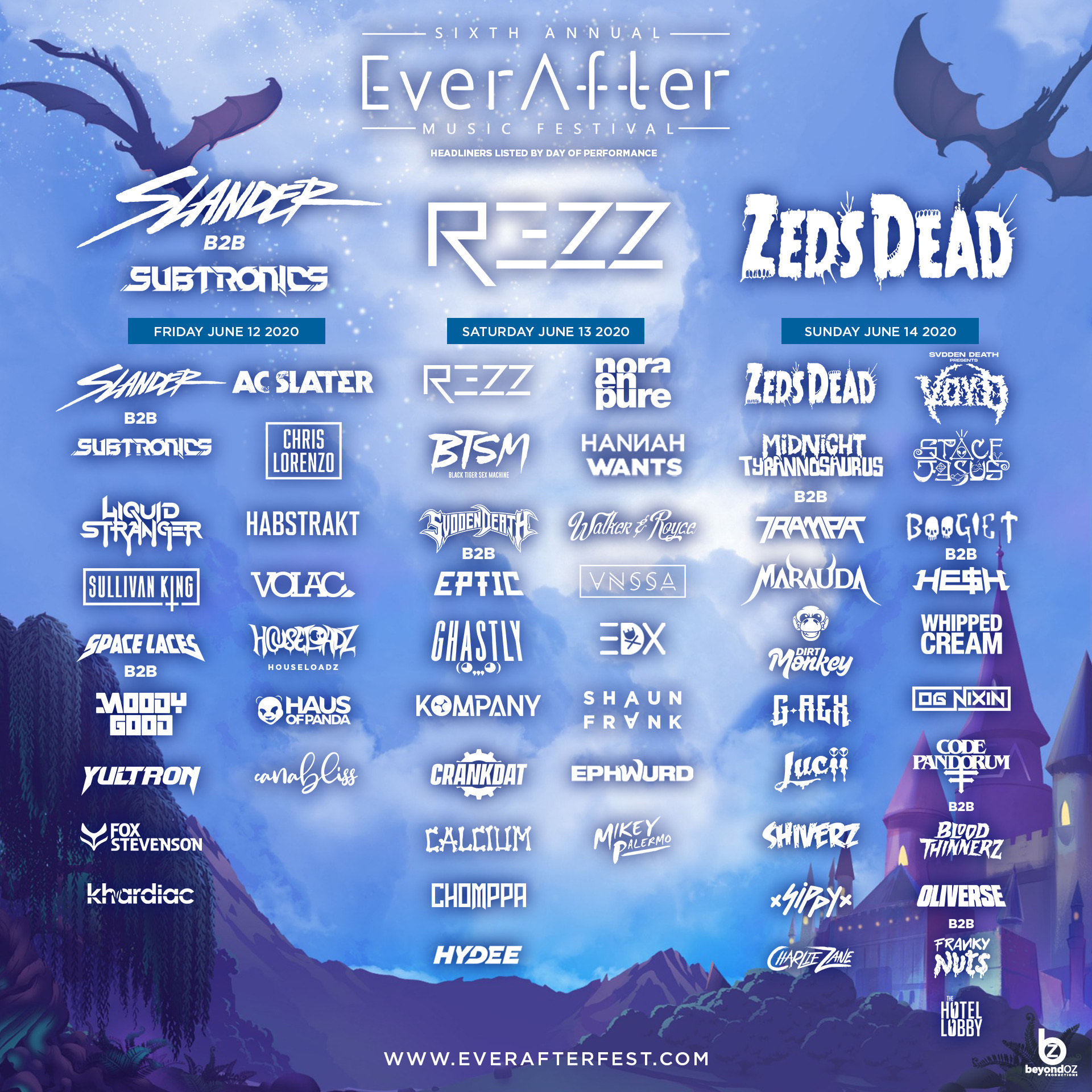