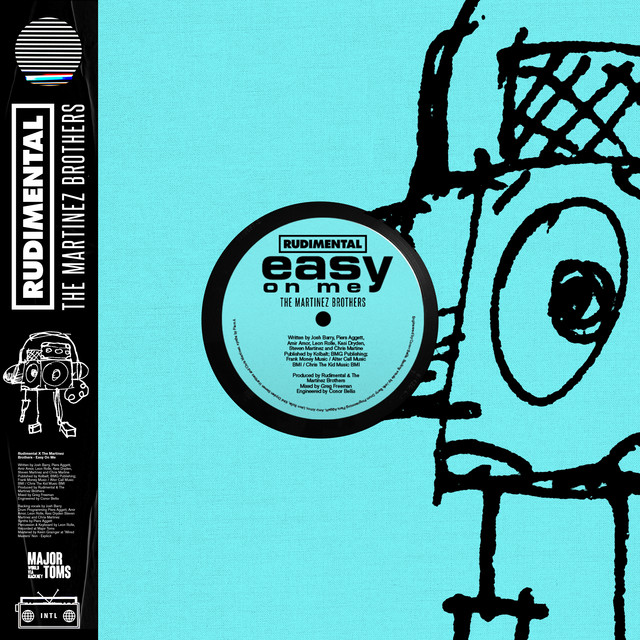 Platinum-selling collective Rudimental is back with their new single “Easy On Me” (ft. The Martinez Brothers), the second in a pair of quick-fire club singles from the UK group. Arriving via Major Toms/Big Beat Records, “Easy On Me” follows the release of UK Garage track “Krazy” (ft. Afronaut Zu) at the top of March, which has already amassed nearly 1 million streams globally. Listen to “Easy On Me” HERE.

LISTEN TO “EASY ON ME” HERE

The guys teased the track on their socials today and announced a livestream show set to take place this Saturday. The livestream will replace their previously planned DJ set at Printworks in London and will be streamed across all Rudimental social platforms from 4-5pm ET // 1-2pm PT.

The sharp, peak-time groove of today’s release sees Rudimental join forces with The Martinez Brothers for a third time after 2019’s “Sitigawana” ft. Faith Mussa and 2017’s “No Fear,” which have garnered over 10 million streams.

Tapping back into the experimental melting pot of sounds and ideas explored on their 2019 EP, Distinction, “Krazy” and “Easy On Me” come to form the first in a string of new Rudimental releases forecast for the remainder of the year, each zeroing back in on the different sounds and scenes that continue to inspire the band.

In 2019, Rudimental joined forces with Grammy-nominated UK singer-songwriter, producer, and multi-instrumentalist Elderbrook for the massive global hit “Something About You.” That track hit #1 at US Dance Radio, amassed over 60 million global streams, and came accompanied by a video that promoted mental health awareness, inspiring an international “#StrongerTogether” viral dance campaign.

Earlier that same year, Rudimental released their third studio album Toast to Our Differences, which has since gone on to amass over 1.7 billion streams, marked by the smash hits “Sun Comes Up” ft. James Arthur and the RIAA-certified platinum “These Days” ft. Jess Glynne, Macklemore & Dan Caplen.

“Easy On Me” ft. The Martinez Brothers is out now: https://BigBeat.lnk.to/EasyOnMePR