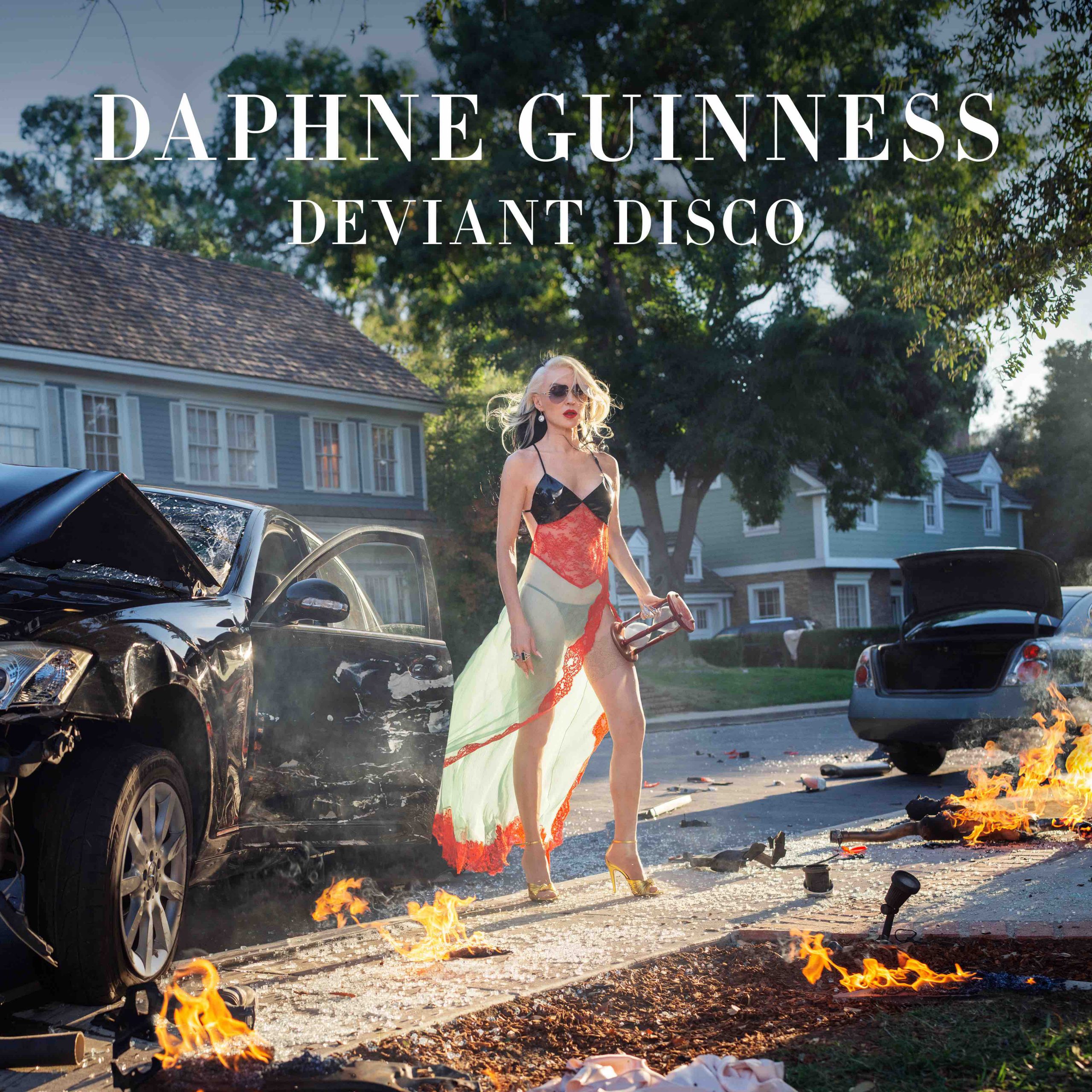 THIRD ALBUM ‘REVELATIONS’
OUT MAY 22, 2020
PRODUCED BY TONY VISCONTI

Daphne Guinness today releases a new single, ‘Deviant Disco’, the latest track to emerge from her forthcoming third studio album, ‘Revelations’, due for release on May 22, 2020 via Agent Anonyme/Absolute. Daphne recorded the album at Les Studios Saint Germain, Paris – working once again with David Bowie producer Tony Visconti, also at the helm for Guinness’ previous two critically-acclaimed albums, ‘Optimist in Black’ and ‘Daphne & The Golden Chord’.

Guinness’ new single release, ‘Deviant Disco’ summons up an imaginary nightspot populated by the kinds of characters you might imagine walking off the pages of Leonora Carrington’s illustrations. Speaking about the track, Daphne says “It’s the nightclub of my imagination…. The Deviant Disco is that place we can go to in our minds when we’re lost in music…”. Stream the new track from here.

‘Revelations’ features a band with the likes of Malcolm Doherty and Terry Miles (Go-Kart Mozart), Roger Manning Jr (Air, Beck) and Rod Melvin (Brian Eno) amongst its ranks – slipping into their white Repetto shoes, they capture the nonchalant grooves of mid 70’s Gainsbourg, sprinkled with the dance floor decadence of Studio 54. It was Bowie himself – a friend and fan of her music – who first introduced Daphne to Tony and she’s been working with the legendary producer ever since. Daphne says of the sessions: “I discovered Studio Saint Germain by chance. It’s where Edith Piaf and Gainsbourg recorded. We decamped to Paris for a week and recorded live to analogue tape to soak up some of the Left Bank magic!”

Firmly rooted in the late ‘60s, early ‘70s, its main modes orchestral glam and bejewelled psych Q **** Incredible; fresh, wild, youthful, full of her inimitable character, totally timeless i-D
Drama-pop with a gothic tinge…. powerful incantations Noisey
She has a beautiful voice, reminiscent of the cool detachment of Nico, and she brings a sadness and integrity to the lyrics The Telegraph
Aristocratic glam fueled by wit, character and a clear and abiding love of rock n roll **** The Times
Darkly witty, semi-spoken chansons clothed lavishly in vintage psych, glam and clamber pop couture Classic Rock
The silent muse has found her voice, and it sings AnOther