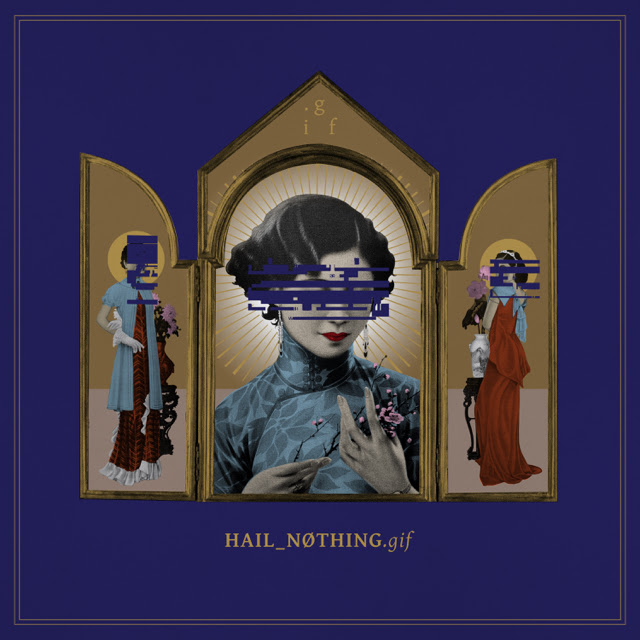 Taken from forthcoming album ‘Hail Nothing’ out now

Singapore based alternative electronic duo .gif (Weish and Din) create mesmeric, intricate alt pop music, imbued with a sense of melancholy awashed in intoxicating synths, inviting you into a deeply personal experience as evident in the new album ‘Hail Nothing’ due this April. Drawing on a myriad of influences from ambient, pop, electronic and R&B, the band pre-empt its release with a haunting new track Let’s Go’.

They say: “LET’S GO is a nihilist party song. A toast to the death of meaning––to giving up and being free. The title is named after a line in Beckett’s Waiting for Godot––“Let’s go. They do not move.” It’s a funny track celebrating inertia and futility, the absurd and the arbitrary.”

.gif have earned critical comparisons to the likes of Bjork, Yukimi Nagano, The xx and Portishead, but the illustrious pair have managed to retain a fresh and unique dynamic to their chimerical sound, one that proved so compelling that the pair began filling a void of their own making within the Singaporean music scene.

The band’s previous output garnered acclaim from the likes of VICE, Earmilk, Indie Shuffle and FasterLouder, .gif’s sophomore LP HAIL NOTHING still showcases the haunting vocals, deft lyricism and obsidian production that has become their distinctive sound. The album is named after a line in Ernest Hemingway’s A Clean Well Lighted Place –– “Hail nothing full of nothing, nothing is with thee.”

In HAIL NOTHING, however, .gif “imagine Sisyphus happy”, as Albert Camus famously wrote in The Myth of Sisyphus. Where their previous work––saudade EP and soma LP––had been defined by a rainy–day despair and a longing for purpose, their new album is an aggressive attempt to break free from melancholy. A more joyful approach to existential dread, HAIL NOTHING embraces the absence––or inscrutability of––meaning as something not cruel or suffocating, but liberating.

Darker, grittier and bolder than ever before, .gif now treads a unique balance between trip–hop, post punk and slow driving techno. The album confronts the listener with raw, dirty synthesisers and vigorous arpeggiation, the nuance of Din’s sonorous beats enhanced and brought to life by Jason Tan’s savvy production work. Their robust instrumentation plays magnificently into Weish’s spellbinding vocal melodies, her voice evocatively alternating between tautness and ache, reckless abandon, and sombre poetry.

Known for their unexpected and form–bending collaborations, .gif have often worked with artists across different disciplines, from poets to playwrights. Here in HAIL NOTHING, the pair introduce two exciting first–time collaborators. The opening track “ONLY YOURS” showcases the iconic vocals and rich lyricism of celebrated multi-disciplinary artist and local luminary Bani Haykal of B–Quartet. Later in the record, “DONE (done done)” features prize-winning British poet and spoken word artist Usaama Minhas, whom .gif shared a lineup with in Cambridge during their 2018 UK tour.

Aptly expressing the spirit of the album in the chorus of their first single, “LET’S GO”, .gif urges us to free all language from meaning in favour of enjoying the mere sound of words on our tongues. Unapologetic and no longer afraid, HAIL NOTHING dances blithely into the void, celebrating the great chaos and wonderful arbitrariness of existence.