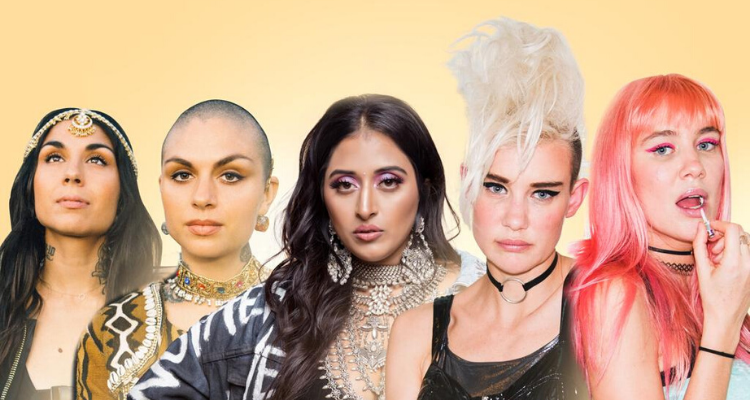 THE TWO BIGGEST FEMALE DJS AND POWERHOUSE SISTERS, KREWELLA AND NERVO, COLLABORATE FOR THE FIRST TIME ON THE EMPOWERING ANTHEM, “GODDESS” FEATURING RAJA KUMARI – OUT NOW ON TRHIVE MUSIC!

Leading on from the success of their ‘Zer0’ LP, which ties electronic music with pop, rock, and dubstep, Krewella is back with Australian sensations NERVO on “Goddess” featuring Raja Kumari. 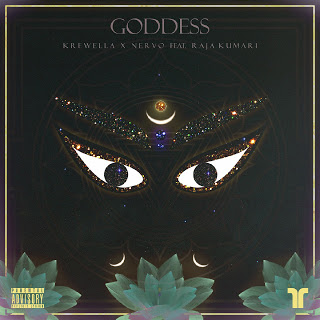 Release: Out now!
Label: Thrive Music
Single: thrive.fanlink.to/Goddess
www.thrivemusic.com
“Goddess” is a spellbinding release of strength and female empowerment spearheaded by this collective trio of talents. Commencing with an authentic Indian-inspired riff that nods to Eastern influences, the girls waste no time in injecting attitude and a bad-ass temperament. “I Don’t Stay Put, I Stay Grinding / That’s My Last Name Bitch, No Hyphen” is delivered with concise flair before the delectable layers of vocal chants make up the foundation for the track to soar. Presented as a feminist anthem of vigour, Krewella and NERVO’s production prowess overflows into a defiant, electronic-meets-pop track.Speaking on the release, NERVO said: “We have been bumping shoulders at festivals with the Krewella babes for the past 6 years, the girls truly are incredible artists as well as such beautiful souls. We hope this track empowers other women to follow their intuition and run their lives like a GODDESS!”, as Krewella echoed “We wrote “Goddess” with Karra Madden, NERVO, and Raja Kumari, about the sense of empowerment that comes with recognizing and honoring the goddess that exists within, and all around us. Whether in a state of silently going inward or manifesting her dreams in the material world, the presence of the goddess gives heartbeat to all aspects of life.”. Raja Kumari followed in a similar, empowering suit stating “It’s always been part of my DNA to work with other talented women and continue to create more spaces for us to shine. When Krewella and NERVO came to me with a song they produced called Goddess, there was no hesitation to hop on it. I hope everyone, male, female, non-binary, will continue to embrace their inner goddess.”

Throughout their careers, Krewella and NERVO have both entered into the DJ Mag Top 100 DJ’s Poll, received industry recognition in the form of International Dance Music Award wins, and have played mainstage slots at some of the largest festivals in the world including Tomorrowland, Ultra Music Festival, and Electric Daisy Carnival. They’ve collaborated with the likes of Tiësto, Steve Aoki, Dimitri Vegas & Like Mike and KSHMR, to mention just a handful of stand-out releases in their own extensive back catalogues. They are truly flying the flag high for female producers who are often still underrepresented in dance music. In addition, Indian-American singer/songwriter Raja Kumari has worked with names including Gwen Stefani, Fifth Harmony, and Knife Party, earning herself an impressive list of accolades. Kumari has been nominated for a Grammy, MTV Europe Music Awards, and honoured at the BMI Pop Awards, proving women’s success can smash through any glass ceiling.