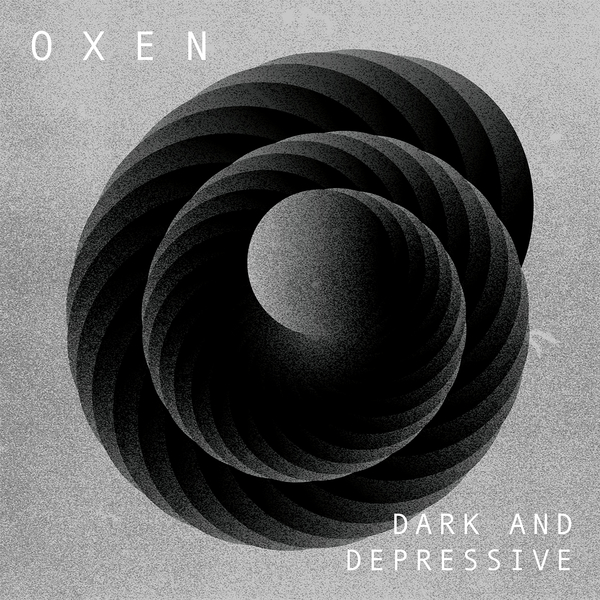 “Pulsating rhythms and a strong head on it’s shoulders, Oxen unleash another sensational single into their repertoire and we couldn’t be happier.”
CLOUT Magazine

Indie-rock duo Oxen have released their next single, ‘Dark and Depressive’ on 15 May via harmoni. Premiered via CLOUT Magazine, the track was produced by György Barocsai. Previously, the two have been featured in Rolling Stone Germany as well as appeared in several playlists by Youtube tastemakers alexrainbird Music. As a result, Oxen are sitting with a tidy play count of just under 1 million across streaming platforms. The pair have premiered their track, ‘Matrix Moves’ via Sveriges Radio, reached Number 1 on German College Radio Charts for several weeks, and received airplay from M94/5 Radio. Oxen have played Peace & Love Festival as well as Where’s The Music.

Childhood friends who were destined to go on to create Oxen, Erik and Stefan grew up in Dalarna, Sweden. Within this small town, they would meet their first loves, share their first beer and start playing instruments. While they are currently living separately but both based in Stockholm, the two originally started out sharing a small one-bedroom flat, together with Erik’s girlfriend, in which they would go on to write Oxen’s first singles, ‘Only Forever’ and ‘Luck’.

Oxen draw inspiration from music Erik and Stefan listened to while growing up as well as shared experiences. Their influences include the likes of Pixies and New Order. As a result, the duo’s own sound draws close parallels to The Smashing Pumpkins, Fat White Family and The Cure.

Take a step back into the 90’s as the grungy styles of old school indie rock and roll fill your speakers. Despite the name, ‘Dark and Depressing’ doesn’t really strike that tone musically. Rather, they put somewhat morbid humour into their work, with the line “And everybody’s happier when you’re not around”. The upbeat guitar and catchy drums provide the needed contrast against the laid back vocals, ensuring the single can be kept on repeat.

Speaking of the concept behind, ‘Dark and depressive’, Oxen tell us: “This time we had an idea that we wanted not to only write a bunch of songs and put them together, but to actually have some sort of vision of what kind of album we wanted to make and what it should sound like. We have older brothers that forced us to listen to a ton of music from the 80s and 90s when we were kids. I remember writing this intro, wanting it to sound a bit like something you could’ve written in high school, cause I guess it was somewhere around that time both of us really got introduced to this kind of music. Even though you get different kinds of inspiration every day, I think we always found our way back to the alternative sound of the 80s and 90s. That’s definitely true for this song but also for the whole album”