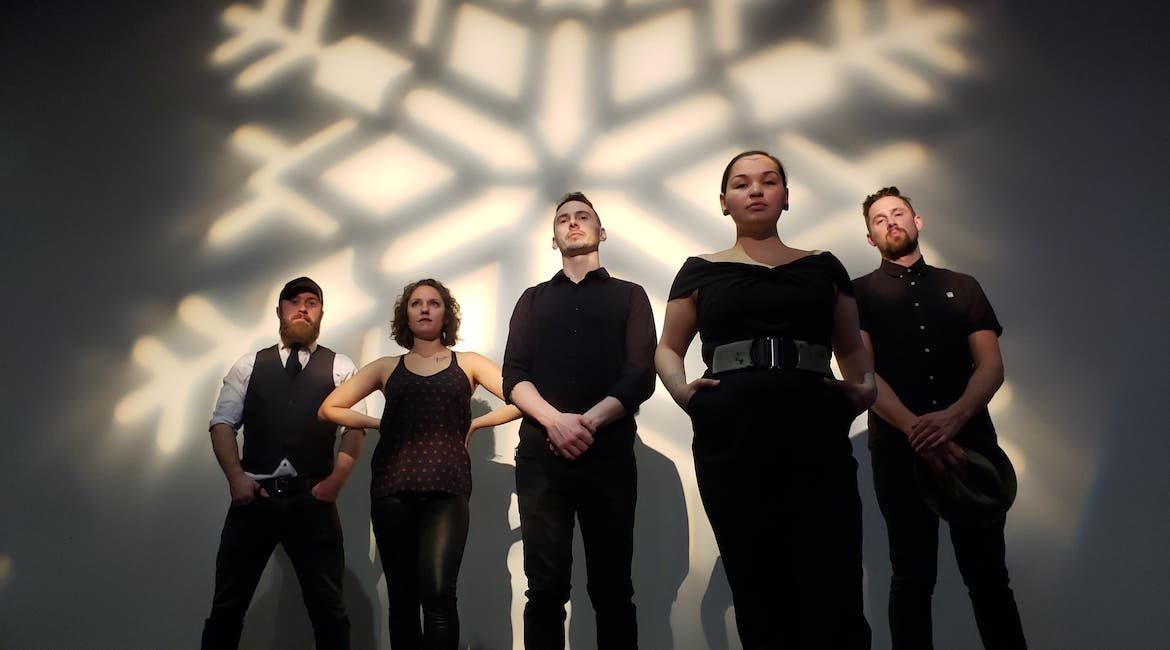 Iqaluit’s The Jerry Cans have always been, and will always be, a band from and for the north. But on Echoes, the JUNO Award-nominated group’s upcoming fourth full-length record, they’re not the band they used to be. The record arrives with a wash of glassy, slashing electric guitars, thundering drums, effects-warped throat singing, and darkened violin work. These are sounds of love, anxiety, desperation, and grief, and the tangled relationships between these things. It is intense and heavy, a charred, deep-blue Arctic indie rock soundscape.

Listen to the album “Echoes” on Bandcamp, Soundcloud or Spotify

Watch the video for focus track “Swell (My Brother)” on YouTube
Or hear the focus track “Swell (My Brother)” on Soundcloud, Spotify
The band recorded in early 2019 with producer Jace Lasek (Besnard Lakes) at Lasek’s revered Breakglass Studio in Montreal. The record’s tension is palpable, but it’s no less danceable or anthemic. On Echoes, The Jerry Cans continue a tradition of celebration and resistance marching in lockstep, acknowledging the vital and fortifying importance of both. The band is stepping boldly into the dark, but they’re doing it together, in the hope of carving out some place brighter.