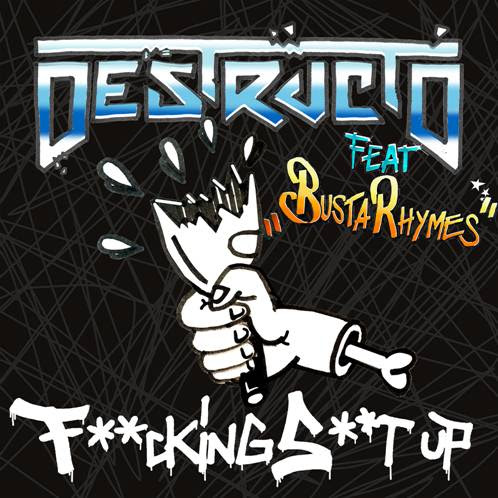 DESTRUCTO’s newest single,  “F**king S**t Up” featuring Busta Rhymes is out now via his own HITS HARD label. Over ominously propulsive production courtesy of DESTRUCTO, GRAMMY ®
Award-nominated multi-platinum hip-hop legend Busta Rhymes unloads a barrage of battering ram rhymes. His rapid-fire signature flow locks into an unbreakable groove with the apocalyptic beat as these two titans team up to make dance music dangerous again.
Listen now here: https://Destructo.lnk.to/FKNGSHTUP
First joining forces live, they slyly hinted at this creative explosion on stage during the January  launch of the Let’s Be Friends Tour in New York City. Check out the clip of the pair together from the show here:
DESTRUCTO on tour: