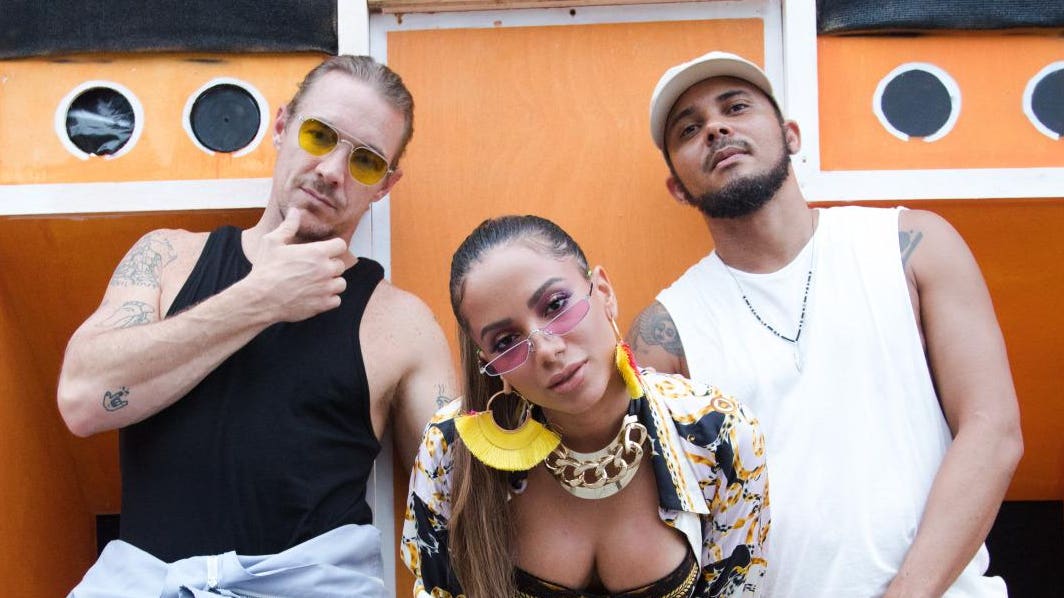 The track is the group’s second collab with Anitta following ‘Sua Cara,’ which was the fastest video to reach 1 million likes on YouTube and one of the biggest YouTube video launches of 2017 with more than 25 million views in its first 24 hours.

“It’s amazing when you work in synergy with someone who completes you artistically,” says Anitta. “Having the opportunity to write/compose another song with Major Lazer was really special. We have developed this energy that is similar to being around family and close friends when we work together. It’s good to be able to bounce ideas off each other and that’s something that happens naturally now. I think it’s difficult for anyone to listen to this song and remain still.”

This new era marks the reappearance of the Major Lazer character from the beyond (designed by Ferry Guow). Major Lazer has found enlightenment and given up his physical body, returning to spread the message of Lazerism with the help of Diplo, Walshy Fire and the Lazer Gyals. His message has taken the form of music and his teachings the form of songs for Diplo and Walshy to put down on records. He anointed the Lazer Gyals as high priestesses of dance. Together they will spread his message near and far.