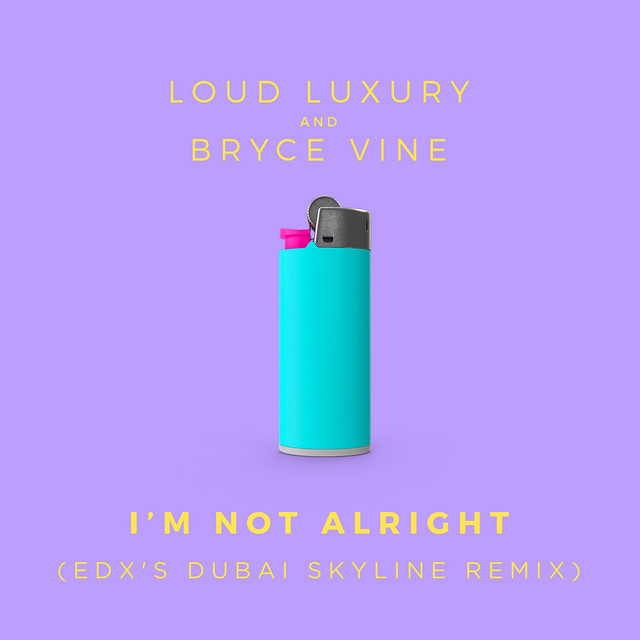 AMSTERDAM, September 13, 2019 – Following a Grammy nomination for his version of Charlie Puth’s ‘How Long’ and subsequent remixes for the likes of Sam Feldt, Camilla Cabello, Chromeo and Janelle Monae, EDX stays true to form on his first official edit of the year. This time, the Swiss DJ, producer and Sirup Music label boss turns his hand to Loud Luxury and Bryce Vine’s 2019 multi-million-stream single ‘I’m Not Alright’, which sold certified gold in Canada and ranked in various high-profile charts in countries such as Australia, Canada, Germany and the U.S.

Speaking about the remix, EDX commented: “I haven’t released any remixes so far this year because I’ve been focusing heavily on original music. But when I got sent this, I knew it would work perfectly for a Dubai Skyline Mix. I’ve been playing it out in my sets a lot over the last couple of months and it’s been getting amazing reactions on the dance floor every time. Great vibes!”

“We have been big fans of Maurizio (EDX) for years”, Loud Luxury add. “He has his own style that you can hear from miles away and we are so stoked that he was willing to give our song his own take.”