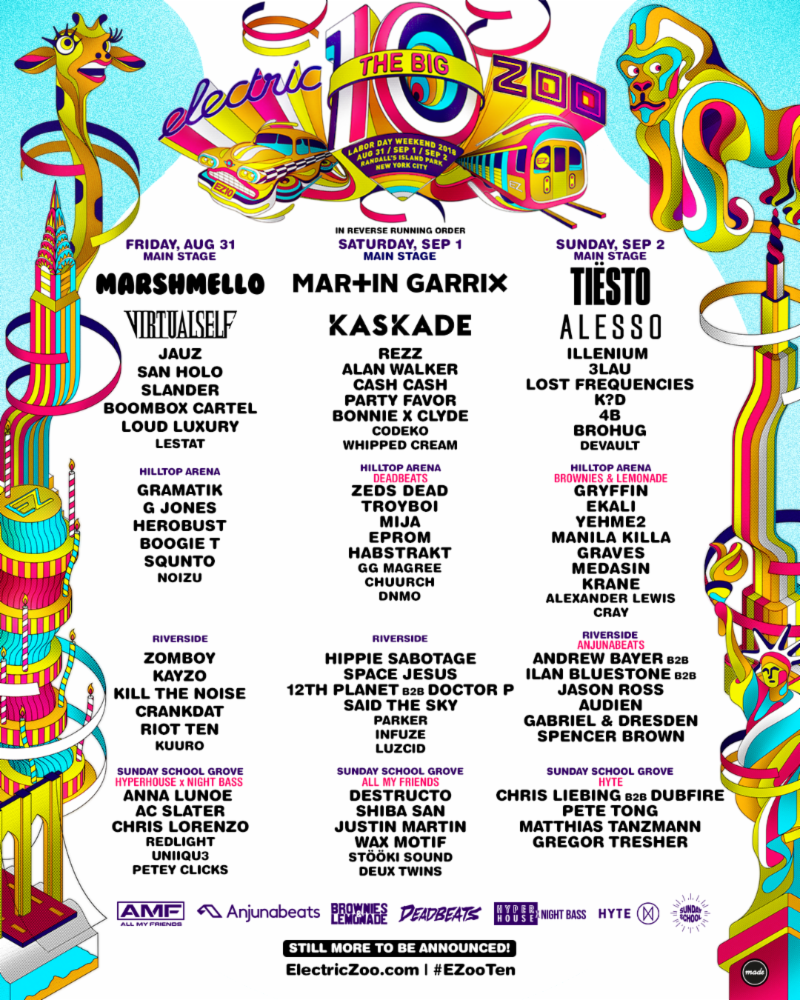 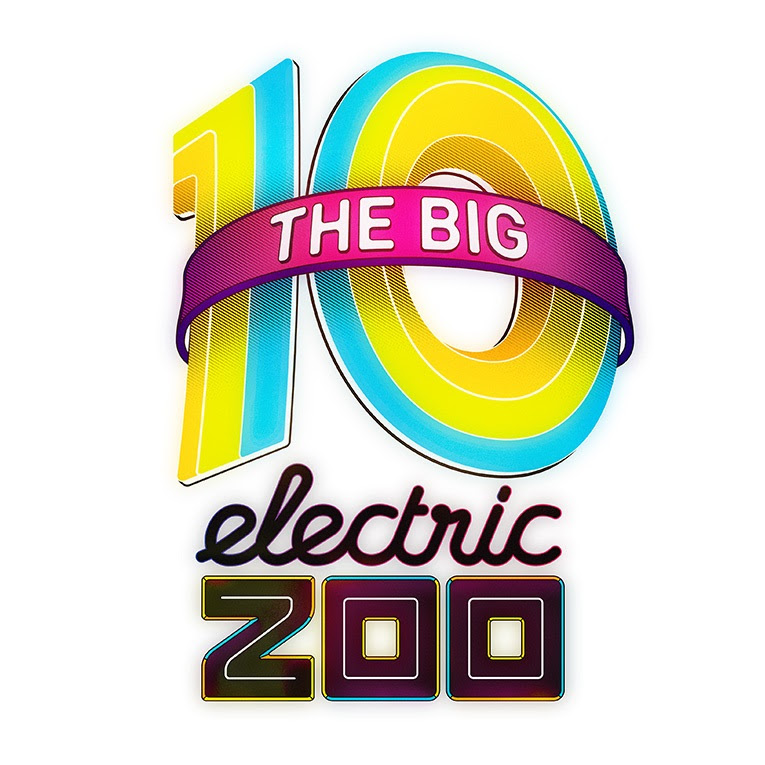 New York’s electronic music festival-ELECTRIC ZOO: THE BIG 10-has announced its day-by-day lineup for its 10th birthday at Randall’s Island Park in New York City August 31, September 1 & 2. Single day tickets will become available this Thursday, May 31 by registering at http://presale.electriczoo.com.
Event organizers MADE EVENT have broken down its star-studded lineup into three days of the world’s finest DJs and most mind-melting production in the heart of the city that never sleeps.  From titanic headliners to underground favorites and scene champions encompassing a wide range of styles from deep house and techno to trance, trap and future bass,  ELECTRIC ZOO: THE BIG 10 features over 80 acts across four stages each day.
Kicking off the festival on Friday, August 31, with their first trip to Electric Zoo will be Billboard Dance 100 #4 artist Marshmello and Porter Robinson’s new live project Virtual Self. Friday’s Sunday School Grove stage features a partnership with Anna Lunoe’s HYPERHOUSE and AC Slater’s Night Basswhich will feature the hottest sounds that jackin’ and bass house music has to offer.
The main stage on Saturday, September 1 will be helmed by juggernaut Kaskade,who appeared at the first festival in 2009 andDJ Mag Top 100 DJ’s #1 artistMartin Garrix. Zeds Dead’s Deadbeats takes over the Hilltop Arena for the day with sets from TroyBoi, Mija and more. DESTRUCTO and his friends will be bringing the beats to the ALL MY FRIENDS stage at Sunday School Grove.
All stages get taken over on Sunday, September 2 starting with L.A.’sessential party series Brownies & Lemonade at the Hilltop Area featuring bass-heavy sets from Gryffn, Ekali, Cray & More. The Riverside Stage has Anjunabeats highlighting a special triple b2b set from label artists Ilan Bluestone & Jason Ross withAndrew Bayer.Germany’s HYTE is presenting the best acts in Techno over at the Sunday School Grove including German producer Gregor Tresher‘s first time at EZoo and a rare B2B of Chris Liebing & Dubfire. Look for more artists to be announced on the HYTE stage.
All those moons ago, who would have thought that the weekender that roared to life on NYC’s Randall’s Island in 2009-which featured a fresh-faceddeadmau5, a pre-cake Aoki and the late-great Frankie Knuckles-would become a household name in the global dance festival scene?  Since then,Electric Zoo has been welcome across the globe with the brand touching down in such far off places as Shanghai, Tokyo, Sao Paulo and Mexico City.
From its earliest expeditions through the chaotic urban jungle, to scaling the feral lands of the Wild Island, and getting our minds blown by the gritty 6th Boro, ELECTRIC ZOO: THE BIG 10 celebrates what a ride it’s been.
Listen to ELECTRIC ZOO: THE BIG 10’s Spotify playlist here.
For information on ELECTRIC ZOO: THE BIG 10, please visit:
www.electriczoo.com
https://www.facebook.com/ElectricZoo/
https://twitter.com/ElectricZooNY
https://www.instagram.com/electriczoony/