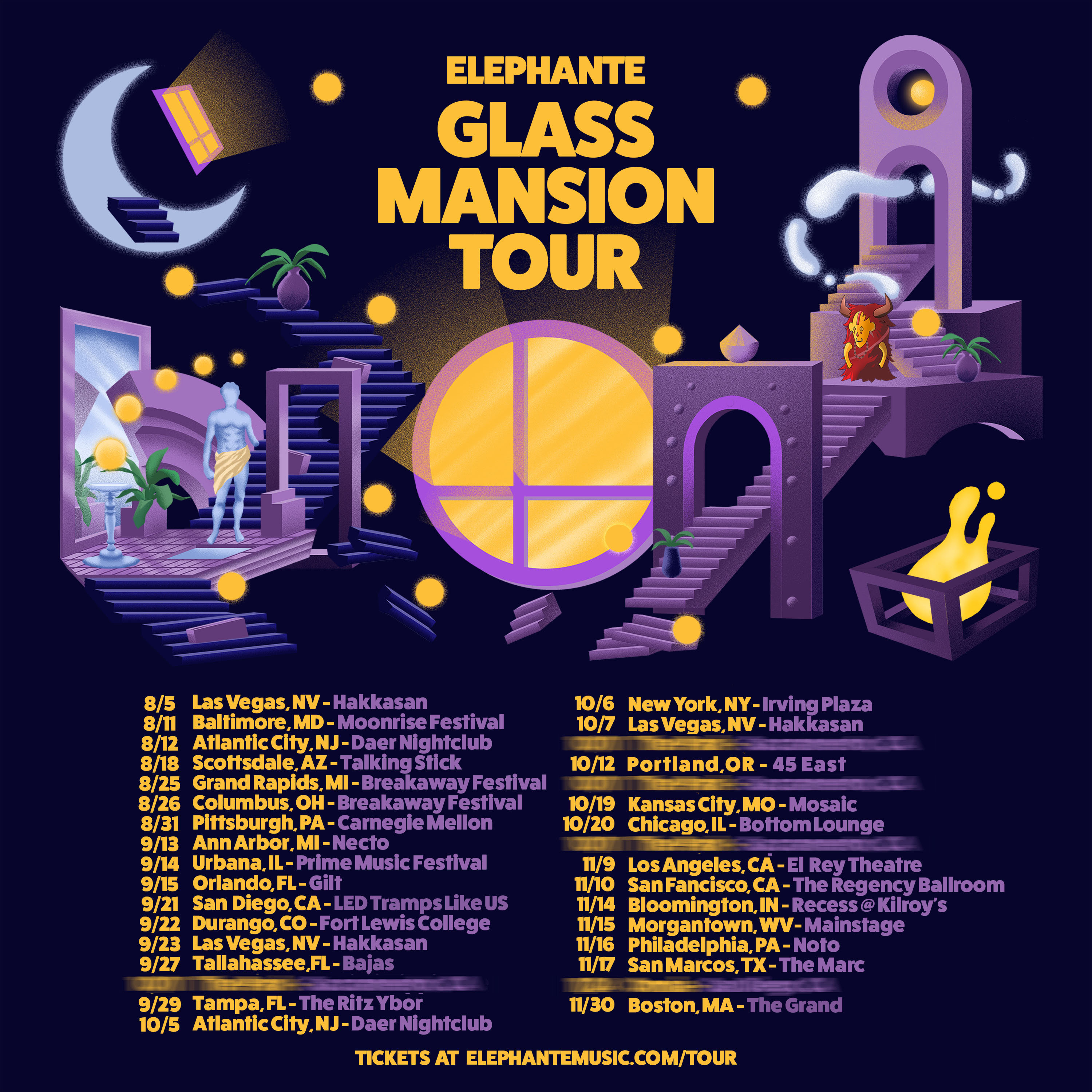 After kicking off the summer on the highest of notes with his nine-track sophomore project ‘Glass Mansion’, Elephante is gearing up to head back out on a fully packed fall tour.
PURCHASE: ELEPHANTE’S ‘GLASS MANSION’ FALL TOUR TICKETS
With the EP immediately met to widespread critical acclaim and boasting over 10 million streams on Spotify in just a few short weeks, the Los Angeles native is seeking to expand on that by bringing his highly sought-after music to fans around the states, unleashing an innovative creative concept and unique production unlike anything he has ever done before.

The undeniably extensive fall run spans 33 cities where Elephante will make stops across all corners of the United States. The multifaceted producer and DJ will make appearances at some of the season’s largest festivals including Moonrise Festival, Breakaway Festival and Prime Music Festival in addition to reigniting his annual residency at Hakkasan in Las Vegas. Additional performances include stops in Atlantic City, New York, Portland, Los Angeles, Philadelphia and many more. There are also a handful of unannounced shows thrown into the mix so fans who unfortunately see their city missing may be in luck in the coming weeks as more information is revealed.

STREAM: ELEPHANTE – GLASS MANSION
Since the start of the summer of 2017, Elephante has taken the decks on the stage at over 20 of the planet’s most attended festivals including EDC Las Vegas, Electric Zoo, Sunset Music Fest in Tampa and many more. His ‘Glass Mansion’ EP hit the #1 spot on iTunes’ Dance chart following its release this past June and Elephante is surely looking to keep his heavy momentum rolling in the coming months. Tickets for his ‘Glass Mansion’ fall run are officially on sale now so fans can start their preparation ahead of its kickoff show next weekend at Hakkasan.

Stay up to date with everything Elephante by following his socials for news about his upcoming music, tour dates and much more.