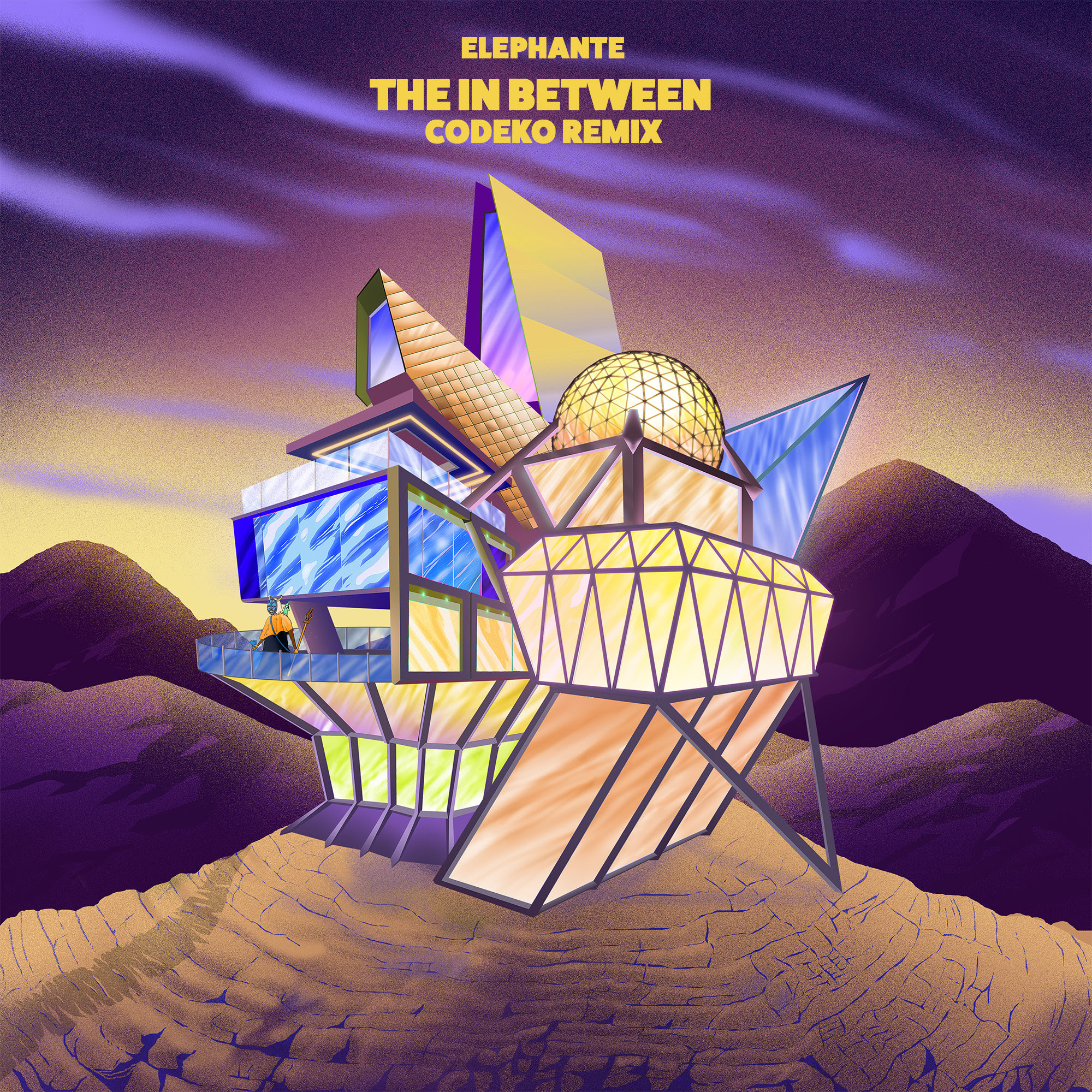 With his sophomore EP ‘Glass Mansion’ continuing to gain traction as the summer winds down, Elephante is bringing fans more new music with the project’s first official remix. Codeko’s rework of ‘The In Between’ is available to buy or stream now.
STREAM/PURCHASE: ELEPHANTE – ‘THE IN BETWEEN’ [CODEKO REMIX]
One of the UK’s most promising talents, Codeko was tasked with taking on  “The In Between”, which spent a total of three months on Billboard’s Hot Dance/Airplay chart and peaked at the #13 position. After his rework of Marshmello’s ‘Silence’ topped Sirius XM’s BPM countdown as well as SoundCloud’s dance music chart, Codeko served as the prime candidate to serve up a signature take on another one of the year’s most iconic releases.

Codeko’s reimagining still withholds the impassioned nature of the original but transforms the future bass chorus into a melodic dubstep force of nature. The heartwarming vocals from Anjulie play beautifully behind Codeko’s trademark flavour to provide an overall refreshing take to one of the most successful tracks from Elephante’s ‘Glass Mansion’ project. Fans will not have to wait much longer for further reworks of the single as Zaxx and Elephante himself are slated to deliver their versions in just a matter of time, along with the single’s official music video.

The release of Codeko’s ‘The In Between’ remix comes fresh off the heels of the recent announcement that Elephante is headed out on a colossal fall album tour. The run will span more than 40 cities until just past the Thanksgiving holiday, as Elephante will be making stops at a number of festivals including Breakaway Festival and Prime Music Festival. The multifaceted producer will also be returning to his long-time residency in Las Vegas at Hakkasan in addition to a handful of other nightclubs, college parties and much more.

With ‘Glass Mansion’ amassing more than 10 million plays across Spotify since its release back in mid June, Elephante is gearing up for an impressive latter half of 2018. Over the past year, the Los Angeles-based artist has graced the stage at some of the year’s premier festivals including EDC Las Vegas, Electric Zoo and Billboard’s Hot 100 Fest and has continued to push his digital play count into the hundred millions mark. Tickets for the upcoming tour stops are still available for fans to purchase as Elephante continues his travels around the United States with his next performances locked in for Michigan and Ohio this weekend.
Stay up to date with everything Elephante by following his socials for news about his upcoming music, tour dates and much more.
ELEPHANTE
FACEBOOK
INSTAGRAM
TWITTER
SOUNDCLOUD
SPOTIFY
WEBSITE