“Swooping synths and nostalgic keys make for a bittersweet mood, while Hazard’s soaring, yearning vocals are touching and emotive. It’s both retro and contemporary, familiar yet fresh.”
CLASH Magazine

Synthwave mainstay Color Theory returns with the entrancing “This Whole Nothing,” taking listeners on a pulsing, immersive, and introspective journey through the mind’s eye.
Atwood Magazine

“Hazard writes songs that are intensely personal and uses technology to enhance material that is as emotive as the best folk.”
Orange County Register

“That thread of masculine empathy, a feeling that constitutes a madness for the gentile and the understated, lives in the notes of his project – delicate vocals, with organic digitization”
comeherefloyd

“The starkness around the words is perfectly mirrored in the occasionally maudlin tones of the arrangement. Musically, it invites comparisons with early Depeche Mode in the way it marries such heavy-hitting lyrical concepts with immediate hooks and a winning melody; but as ever, Hazard’s sound is his and his alone.”

One-man synthwave act Color Theory released ‘This Whole Nothing’ with B-side ‘Juggernaut’ on 13 March via 11th Records. ‘This Whole Nothing’ premiered via Atwood Magazine while ‘Juggernaut’ premiered via CLASH Magazine. Color Theory has received significant support on YouTube, having been picked up by renowned channels such as NewRetroWave, The ’80s Guy, LuigiDonatello and SoulSearchAndDestroy. Overall, his work has received nearly 3 million plays across streaming platforms. Winning the grand prize in the John Lennon Songwriting Contest, having three songs featured in the Just Dance video game series and two in the Rock Band video game series, plus several song placements on MTV’s The Real World, are just some of Color Theory’s notable achievements. Color Theory has also been featured in several interviews, including Vehlinggo, MusicTech, and Dope Cause We Said. 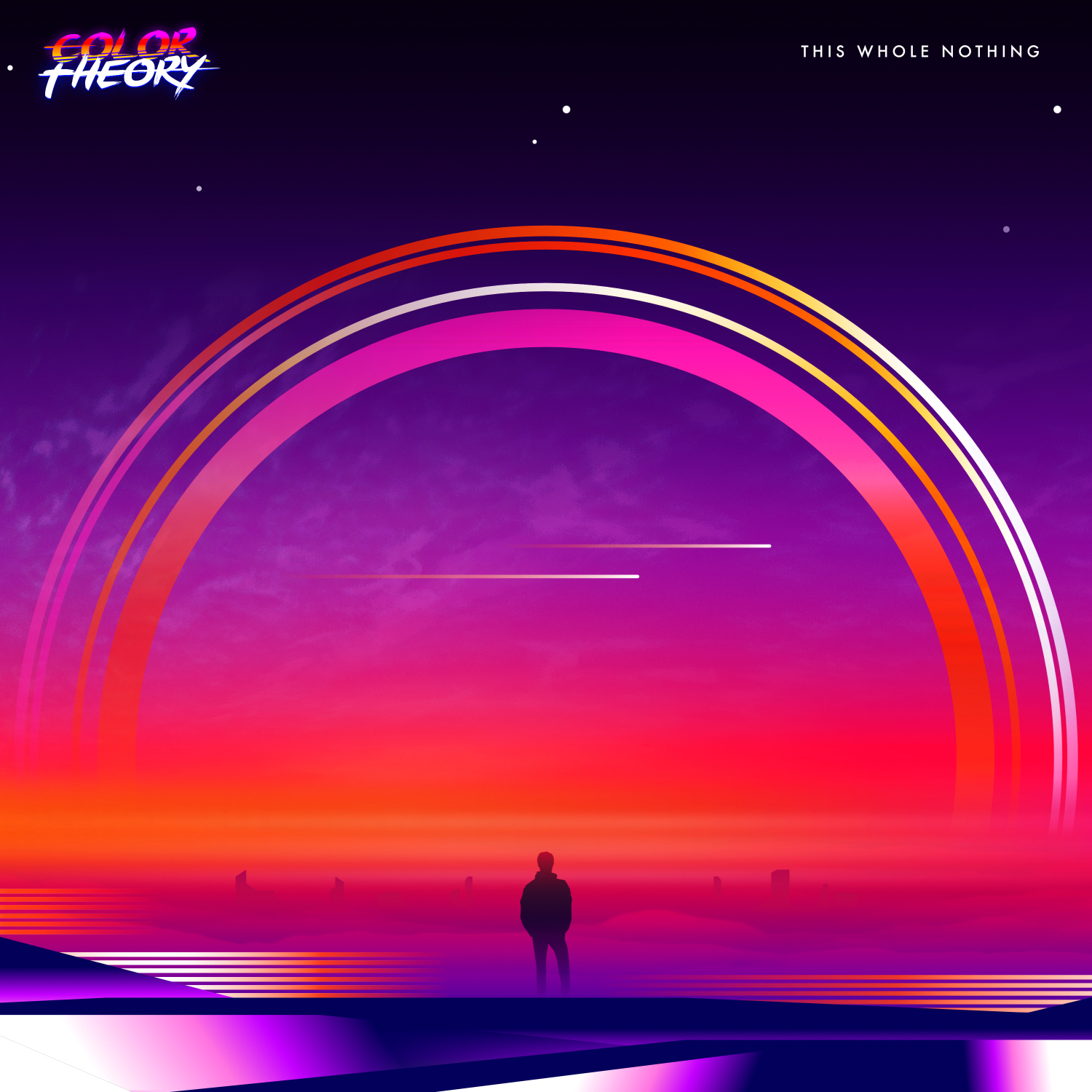 Listen: Color Theory – ‘This Whole Nothing’

‘This Whole Nothing’ on Spotify – Apple Music

Raised in sunny California, Brian Hazard (aka Color Theory) was originally a pianist in his high school jazz band before he went on to earn a Bachelor of Music degree in Piano Performance. You may recognise his early work through ‘Ponytail Girl’, which sparked mass confusion when it spread like wildfire on Napster, mislabeled as a Depeche Mode b-side. The musician responded with understated humor, saying “It’s pretty neat to be mistaken for your favorite band”. On the basis of that incident, he went on to create an entire tribute album, Color Theory presents Depeche Mode.

Finding the brooding undercurrents from Depeche Mode, The Cure, and Baths oddly uplifting, Color Theory pursues a style he calls “melancholy synthwave”. The resulting sound sits in close comparison to Kavinsky, The Midnight and Gunship, however, if you listen closely you’ll hear a unique style that is clearly his own.

With lyrical ambiguities, Color Theory creates a world of nostalgically transfigured memories which allow the listener to place their own emotions into the music without being overly guided by thought. Finding inspiration in blank space and filling it with electronic embellishments and gently rolling synths, ‘This Whole Nothing’ is an exercise in contemplation.

Color Theory reveals a little more about the inspiration behind the single: “This Whole Nothing” is one of those songs that people will read into as they will. The lyrics are just vague enough to be universal. My inspiration was the spacious emptiness one experiences when the voice of the mind quiets and the world can be seen as it truly is.”