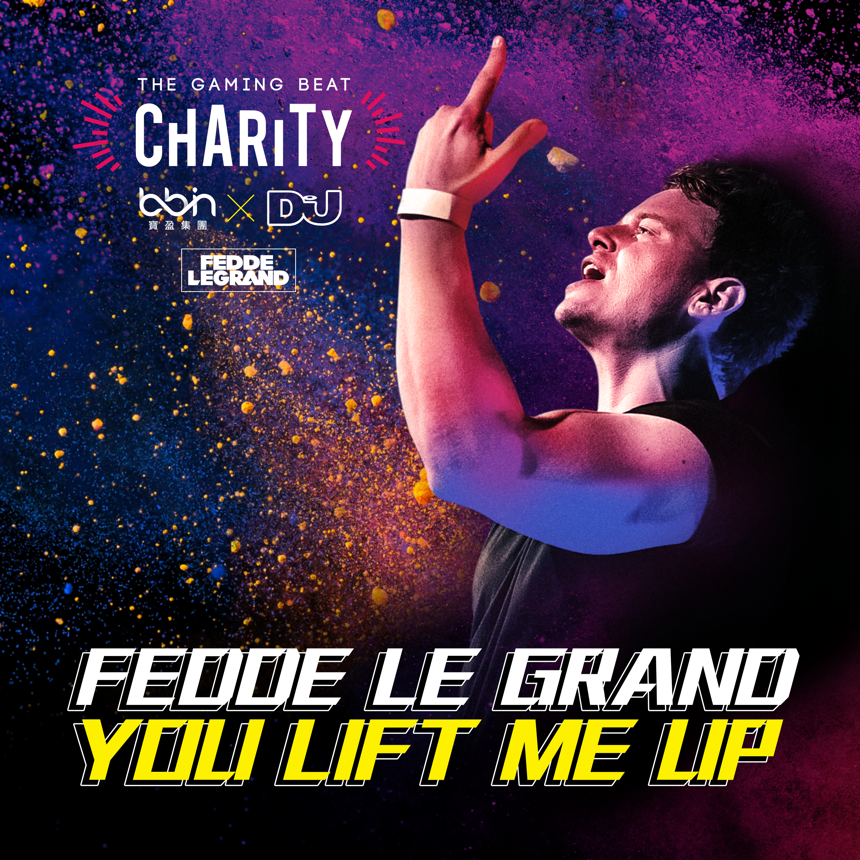 ‘YOU LIFT ME UP’ AVAIBLE NOW FOR FREE DOWNLOAD

One of the world’s most sought-after DJs Fedde Le Grand, has teamed up once more with DJ Mag and BBIN to deliver his second track in aid of The Gaming Beat Charity. ‘You Lift Me Up’ is now available for free download!
DOWNLOAD ‘YOU LIFT ME UP’ FOR FREE
Demonstrating the Dutch DJs studio versatility and skill, ‘You Lift Me Up’ is a feel-good slice of vocal house with uplifting energy, an infectious vocal hook and a dance floor shaking drop. Set to follow in the success of his first exclusive download ‘The Gaming Beat’ Ft. Kris Kiss, this anthemic track plays warm up to the Football World Cup, which launches later this month and inspires the charity campaign.

Running over the course of three months, the worthy campaign has enlisted the production talents of iconic and influential Fedde Le Grand to produce three singles, which, if collectively amass over 1 million downloads, will grant a donation of $90,000 from BBIN to the Top 100 DJs Foundation, whose beneficiaries include Ocean Clean Up, Lymph & Co. and UNICEF, among others. Since its official launch on May 1st, the campaign has already reached 500,000 downloads.

With one more free download yet to come from this charitable collaboration, we can only image what Fedde has in store for the grand finale! Make sure to follow his social channels to see what’s coming up next from the Dutch powerhouse producer.