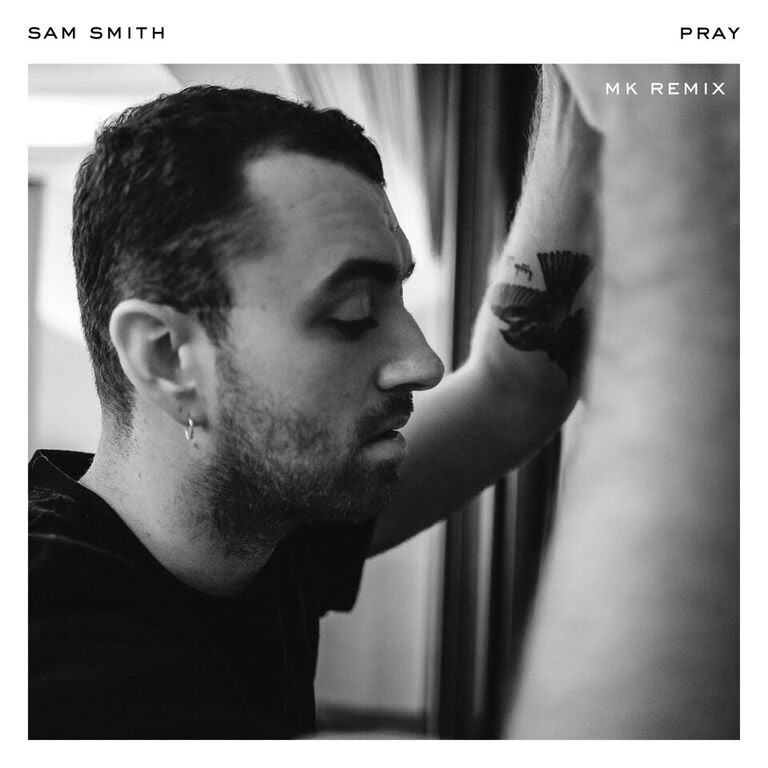 Still riding the high from his U.K. Top 10 hit “17” (Area10/Ultra Music), MK is back with a remix for Sam Smith’s “Pray,” from Smith’s sophomore album The Thrill Of It All out now on Capitol Records. MK has revamped it with the dance floors in mind adding that dose of magic soul that has earned him a place at the top with his peers
In support of the “Pray” remix and “17,” MK can be seen hitting major U.S. festivals such as EDC Las Vegas, Lightning in a Bottle and Electric Forrest, Drais, Moonrise and more this year. Fans can expect to hear a unique set comprised of both MK‘s own exclusive for edits of his big records as well as a variety of his recent remixes for artists such as Dua Lipa, Bloodpop & Justin Bieber and Rihanna in addition to “Pray.”
Listen to “PRAY” (MK REMIX) here:
http://samsmith.world/PrayMKRemixpc
Catch MK performing at these major US festivals and clubs:
Date               City                             Venue
5/18-20           Las Vegas, NV        EDC Vegas
5/18-20           Las Vegas, NV        Area10 @ Drai’s
5/25                Bradley, CA             Lightning in a Bottle
6/21-24           Rothbury, MI            Electric Forrest
6/28-7/1          Rothbury, MI            Electric Forrest
About MK:
MK (Marc Kinchen) whose tour dates in the States have included EDC Vegas, main stage HARD, Holy Ship , Mamby Beach, Spring Awakening, Ultra, Nocturnal Wonderland, Middlelands, GDF, Sunset, Imagine Festival and many more..  In addition to his demanding remixing schedule for artists such as Rihanna, London Grammar, Solardo, Camelphat, Mo, and Clean Bandit etc, his original productions have swiftly lifted his stature making him one of the A lister producers in dance music. Several of his earlier releases including “Always” “Burning” and “Push The Feeling On”were instrumental early on in helping dance music cross over to a more mainstream audience.. His 2014 remix of  “My Head Is A Jungle” has amassed over 45 million Spotify streams. His latest single “17” has served as a highlight to a great year for MK, where he continues to flourish overseas and break new boundaries in North America.  The track has been streamed on Spotify almost 60 million times.  Unsurprisingly, the U.K. audience has catapulted “17” into Top 10 slots across many prominent charts including BBC Radio 1, Shazam and iTunes. All over Europe,“17” has received steady radio play from Denmark‘sVoice to Belgium‘sTop Radio, plus breaking into Ireland‘s Top 10.
About Sam Smith:
Sam Smith’s sophomore album, The Thrill Of It Allis out now on Capitol Records.  Rolling Stone awarded it four stars and hailed Smith as “one of the mightiest, most expressive singers of his generation.”  The album includes the hits “Pray” and “Too Good At Goodbyes,” which debuted at No. 1 on Billboard’s Digital Song Sales chart and is certified Platinum by the RIAA. Sam Smith’s 2014 album, In The Lonely Hourwas the biggest selling U.K. male debut in the SoundScan era and went on to sell 13 million adjusted albums worldwide. In February 2015, Smith set a GRAMMY® record, winning a total of four awards – the most ever received by a U.K. artist following the release of a debut album. He was named Best New Artist, In The Lonely Hour took Best Pop Vocal Album honors and his single “Stay With Me” won awards for both Record and Song of the Year. Smith has also earned an Oscar, a Golden Globe, three Billboard Music Awards and three BRIT Awards, among others.  Sam is currently on his global headline The Thrill Of It All world tour.