“Two young Chicagoans who go by the name of Solstis have been steadily disrupting the dance music scene with their uniquely rich brand of melodic bass, and I’m here for it. The duo make a grand departure from the unapologetically feelsy tones that ushered them into notoriety on their latest single “Open Your Eyes.” It’s the heaviest record to date in the Solstis catalogue, and it arrives with undeniable gusto.”

“This is my first time hearing of Solstis and I am trying to wrap my head around why. The sound design is there, the energy and flow is also there. They know how to build tension with their understanding of music theory and I must say if the album is like “Open Your Eyes”, we are in for a treat.”

“Deep, dark, and ominous can only briefly describe the atmosphere that Solstis have created in “Open Your Eyes.” The track begins with mysterious percussion and deep synth basses that swiftly mutate into an even heavier four-on-the-floor bass house phenomenon. Gritty synths are sliding throughout, while glitchy transitions are implemented and carry the listener.”

“If Solstis isn’t on your radar yet, you might want to get familiar.”

Seattle-based producers Solstis have released their EP As The Sun Hits on 11 October via Lowly Palace. As the Sun Hits is a 3-part EP series highlighting Solstis’ new sound – from which previous singles ‘Miss You’ and ‘About You’ are lifted. Since their creation in 2014, the duo has enjoyed major successes from their viral hit ‘Echoes’ and their exotic remixes for Melanie Martinez, collectively garnering over 25 million plays across all platforms. In 2015, Solstis won Electric Forest’s Discovery Project and they have since gone on to perform at other top-tier festivals such as Backwoods, SXSW, Spring Awakening and Reaction NYE. Solstis were also engaged as direct support for K?d on his Find Paradise Tour at the Concord Music Hall in Chicago. The duo is widely acclaimed, having received radio support from Sirius XM and from notable blogs and channels, including the likes of Trap Nation, MrSuicideSheep, Insomniac.com, Earmilk, YourEDM, Run the Trap, Too Future, EDM.com, Stoney Roads and EDM sauce.

Andy Garcia and Brandon Myers started their collaborative musical journey as part of a rock band in high school 10 years ago. They were deeply inspired by early electronic dance music and, in particular, they resonated with the emerging future bass movement, motivating them to combine elements from their days as a band with the electronic elements that were dominating the musical landscape at the time. After the release of their debut album Nowhere in 2018, Solstis became extremely focused on transitioning away from point-and-click production to easy-listening instrumentation. 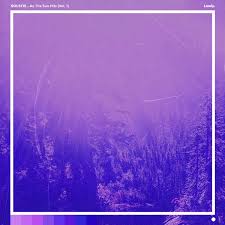 As The Sun Hits EP on Spotify – Apple Music

As the Sun Hits (EP) Tracklist:

The duo cites influence from a wide array of genres, inspired by the likes of Smashing Pumpkins, Slowdive, Jai Wolf and ford. Their sound compares to acts such as Odesza, BlackBird BlackBird, and Slow Magic, while at the same time the duo leverages their love for electronic music with an innate desire to perform as a live band.

As The Sun Hits is an easily accessible, instantly appealing collection of groove-centric tracks, enveloped in dreamy chimes and pneumatic basslines. The dialogue between breathy vocal samples and blissfully textured instrumentals sits comfortably against ear-worm hooks that transport the listener to a place untainted by the shortcomings of daily life.

The duo gives some insight into the EP: “As the Sun Hits is a 3-part EP series highlighting our new sound. Influenced by 90s shoegaze and melodic bass, we wanted to use this project to transition away from an animated aesthetic portrayed by mechanic future bass to a more organic, wholesome instrumental focused appeal. The new aesthetic is highlighted by warm colors, everyday scenery and pixelation to bring the listener a sense of escape and clarify within the daily situations they constantly experience.”