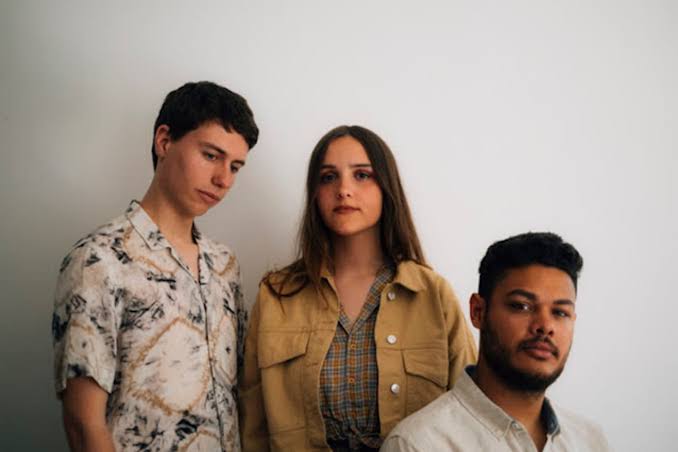 Lisbon based alternative pop trio, Vaarwell, are poised to announce their new single with the arrival of ‘No Place For You’ landing this October. Drawing on a myriad of influences from indie, pop, soul and electronica, resulting in a truly immersive soundscape that highlights Margarida’s delicate and ethereal vocals.

The tracks as Magarida herself explains: “With ‘No Place for You’, we did things a little differently in our songwriting process – it was originally an acoustic demo that I had recorded on my phone a while back and it was a quite a downer. When I finally showed it to Ricardo, he started working on the production and it quickly became a more upbeat single, with a catchy chorus that contrasts with its moody lyrics.
The song details the patterns and vices of a loved one’s toxic behavior, the vicious cycle of their bad habits and how it affects you and your life choices”.

Formed in 2014, the band consists of Margarida Falcão (vocals, keyboards), who is also a Xinobi (producer and dj) collaborator (co-writing and singing in the single Far Away Place), Ricardo Nagy (guitar, keys, production) and Luís Monteiro (bass, sampler).

Their first EP ‘Love and Forgiveness’ (2015) earned international attention, including a Stereogum premiere. For their effervescent debut LP ‘Homebound 456’ (2017), the band received airplay and critical validation from BBC Radio 1 (Huw Stephens) and BBC Radio 6 (Lauren Laverne), as well as online support Louder Than War, Clash and Crack In The Road, amongst many others. In between releases, Vaarwell also curated and recorded a track for French designer Philippe Starck’s exhibition at the Groninger Museum.

In March 2019, the band released their new EP ‘Early Rise’ and played 3 shows at SXSW (South by Southwest), in Austin Texas. ‘Money’, the EP’s first single, has obtained airplay in several major radio stations around world, such as BBC Radio 1 – Phil Taggart, NHK (Japan), P3 Sveriges (Sweden) and Antena 3 (Portugal). The EP has also received online support from EARMILK, Kaltblut, Hillydilly and Line of the Best Fit, Mahogany (Next Ten), amongst others.

The EP was later followed by ‘False Promises’, an upbeat summer single that premiered with Clash Magazine in June 2019. In the week of its release, Vaarwell became the most posted artist on Hype Machine and was supported by blogs such as Crack in the Road, HighClouds, amongst others.

‘Dreamy and ethereal, with a buoyant yet melancholy quality.‘ | Stereogum

‘Perfect for chilling, perfect for driving to, just perfect on so many levels.‘ | Louder Than War

‘A blurring of genres and moodiness, Vaarwell are creating a distinct sound in a frenzied indie-pop world.‘ | EARMILK

‘Gorgeous harmonising vocals are a feature throughout (…) it’s safe to say the future is looking pretty damn bright for the dream-pop trio.’ | The Line of Best Fit

For more of vaarwell check out: