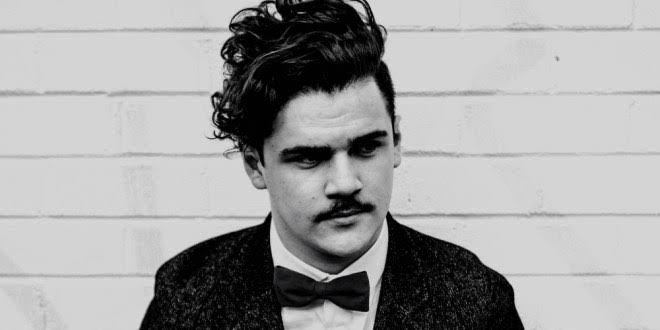 Following on from his expansive 2019 singles ‘Time Voyage’ and ‘Open Spaces’ – Just A Gent has today shared his new EP URCA and new single ‘Iris in the Dark feat. McCall’, through international dance imprint Monstercat.

The new EP follows the acclaimed http://EP in 2018 and Stories to Tell in 2017, capturing the unique and captivating signature sounds of Just A Gent with a hint of new flavour, coming from his collaborations with artists like Hauskey, Nevve, McCall and US singer songwriter Olivia Grace. The new five track EP features previous single ‘Time Voyage feat. Hauskey’ and ‘Open Spaces feat. Nevve’ as well as three new songs. New single ‘Iris in the Dark’ is drenched in musical and emotional depth as it transitions into a driving dance beat complete with signature synths.

LISTEN TO URCA
https://monster.cat/URCA
OUT NOW ON MONSTERCAT

Just A Gent really shows off his musicality on EP title track ‘Urca‘, alongside Olivia Grace’s enchanting vocals – he creates a moody, tension filled moment complete with violins before transitioning to his signature bass heavy drops. ‘Wings’ also features Olivia Grace and lets her delicate and vulnerable vocals take the forefront, with simple yet intricate production from Just A Gent offering a different side to the producer and making it another stand out listen from the EP.

On the EP Just A Gent said, “I felt like I spend too much time overthinking what people want to hear from me as an artist. I would sometimes find myself creating restrains on what I could make. With URCA I wanted to forget that and just go wherever the music took me. I got to work with some insanely talented people to bring this record to life and I hope you all love it as much as I do.”

Already touring extensively in 2019, Just A Gent joined both the FOMO and Groovin the Moo national lineups, he also announced a massive club tour to support his new music, taking his loved up future bass to capital cities and regional areas around Australia.

This weekend he’ll play a special one-off show in Adelaide before heading to Falls Festival in Lorne for New Years Eve.

Continually evolving, the new Just A Gent EP shows a musical maturity beyond his years and is yet another standout release from the young producer.