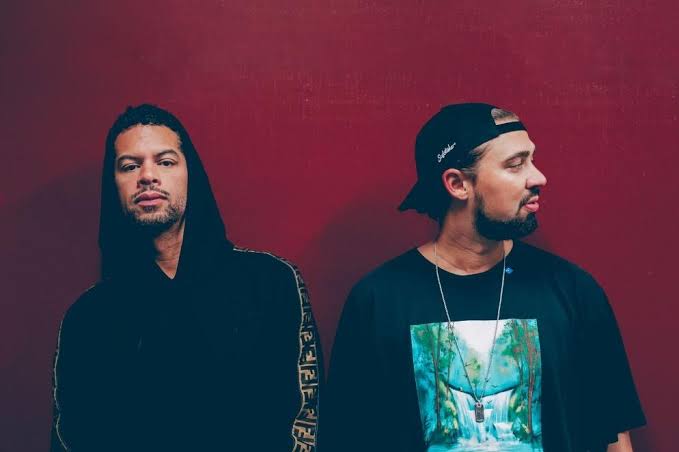 House music stalwarts MK and Sonny Fodera have joined forces on new single “One Night” out today (November 15) on Area10/Ultra Music.
LISTEN NOW HERE
An irresistible slice of piano-led house, “One Night” is underpinned by the soaring vocals of Raphaella, who has previously featured on tracks from the likes of Gorgon City, Rudimental and Wilkinson.

Listen to “One Night” by MK & Sonny Fodera featuring Raphaella now at:
https://ffm.to/1night
It caps off another massively successful year for MK, who took his Area 10 brand to some of the world’s most sought-after party locations, including headline slots at Creamfields, Parklife, Life Festival and Ibiza Rocks. In the US, he appeared at festivals such as CRSSD, Electric Forest, Gather Festival, Movement and most recently ALL MY FRIENDS Festival where he performed a b2b set with Diplo (listen here).  Meanwhile, on the production front, MK’s most recent collaborative effort “There For You” with U.K. duo Gorgon City peaked at #1 on the Billboard Dance Chart. The list of achievements goes on with over six hundred million career streams accumulated, aided by the additional success of last year’s gold-selling single “Back & Forth” and the 2017 global smash “17” which has sold more than one million copies in the U.K. alone. This was preceded by “Piece of Me” in 2016, another U.K. platinum selling record to add to MK’s pile of growing accolades.
Sonny Fodera, a similarly celebrated rising star in house music has been infiltrating dancefloors all year following the release of his latest album ‘Rise’ and club focused singles on his own Solotoko imprint. Sonny is currently finishing a sold out co-headline US tour with Dom Dolla and he’s also mid-way through his UK ‘Rise’ tour, which has seen him shift over 17,000 tickets, including a solo play at Warehouse Project in Manchester & Tobacco Dock in London as part of the 8-date run. Holding down a residency at Ibiza Rocks throughout 2019, Sonny has become one of the hottest names on the white isle ahead of his return in 2020. As the year comes to a close, Sonny plans to finish strong with this dynamic collaboration alongside one of his heroes and mentors in the scene, MK, with a track they wrote together this past summer in London.
A collaboration between two of the biggest names in the industry, it’s no real surprise that “One Night” hits all the right notes.
Catch MK on tour in the U.S. through the remainder of 2019:
Date        Venue                                   City
Nov 16    Sunbar Tempe                    Tempe
Nov 17    Seismic Dance Event 2.0  Austin
Nov 22    Meow Wolf Dark Palace    Denver
Nov 23    The Midway*                       San Francisco
Dec 5        The Grand Boston           Boston
Dec 6        Echostage*                       Washington, DC
Dec 7        Russell Industrial Center    Detroit
Dec 13    Club Space             Miami
*indicates co-headline show with Duke Dumont.
For more information on MK, please visit
Facebook  | Twitter  |  Soundcloud | Website | Instagram
For more information on Sonny Fodera, please visit
Facebook  | Twitter  | Soundcloud