London based electronic / technology collective Miro Shot are poised to announce their debut album with the arrival of ‘CONTENT’ due this May and will pre-empt its release with a spritely indie-dance jam ‘Half of Us’, highlighting the band’s peppy pop leaning electronics and sweeping cinematic soundscapes. 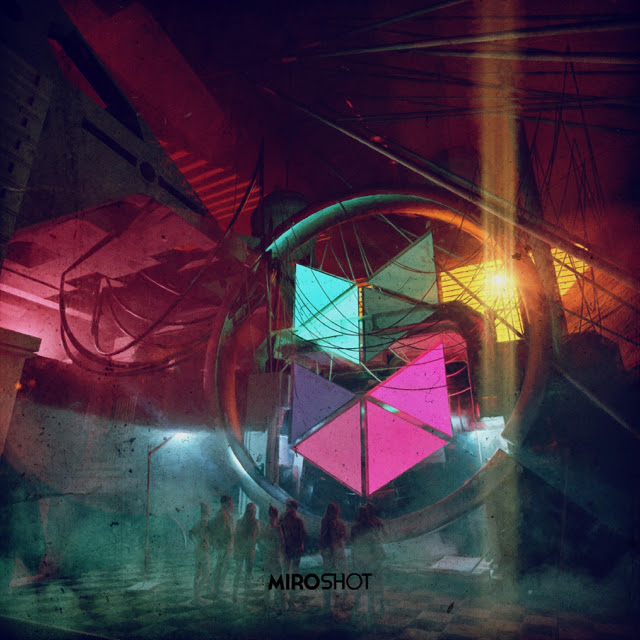 They say: “Our album is about the end of the world, and the best way to avoid it. The band started in a broken-down old building where musicians, filmmakers, coders and designers could try and build something together- something new. It’s an album about hope most of all- that technology will free but only if we learn more about it, that the gaps between reality and the digital world don’t necessarily make us less human- they can make us closer.”

The band’s meteoric rise has been well documented with Clash Magazine describing them as ‘truly breaking boundaries’ on their 2019 EP ‘Servers’. Renowned for their unique live experience, Miro Shot embrace virtual reality, augmented reality, and artificial intelligence to present a new version of what a band is and can be. Alongside playing regular shows, the band also create multi-sensory mixed reality performances for audiences that are truly one-of-a-kind. Starting in 2017, Miro Shot began staging DIY versions of their VR performances while based in an east London warehouse, but have expanded their remit to perform in art galleries and churches across Europe with BBC and Forbes calling it as “Impressively ahead” and “the future of live music” respectively.

Alongside playing regular shows, groups of up to 20 people are invited to an event earlier in the day to wear VR headsets while the band play one song. As the performance begins the band are seen on the headsets as digital versions of themselves. When a chorus kicks in they are floating above a lake. The possibilities are endless. “An amazing concert is transcendental so we wanted to look at how our notion of reality has changed and fractured as technology becomes more and more prevalent,” Roman Rappak, de facto leader of the group explains.

Stripped from the technology, Miro Shot are a band at their core.  “We’re human and we play instruments,” Rappak says. However, saying Miro Shot are just a band would be deceptive. Their collective is open to anyone and currently features 450 members. “Before we even started playing live we’d have people getting in touch to ask how they could invest in our start-up,” Rappak recalls. At first he was wary but given more thought decided, “The most punk thing you could do would be to create a start-up and utilise the tools available to you in the tech world. What’s wrong with adding coders and designers to the band on top of drums and synths? It’s DIY on the most basic level.”