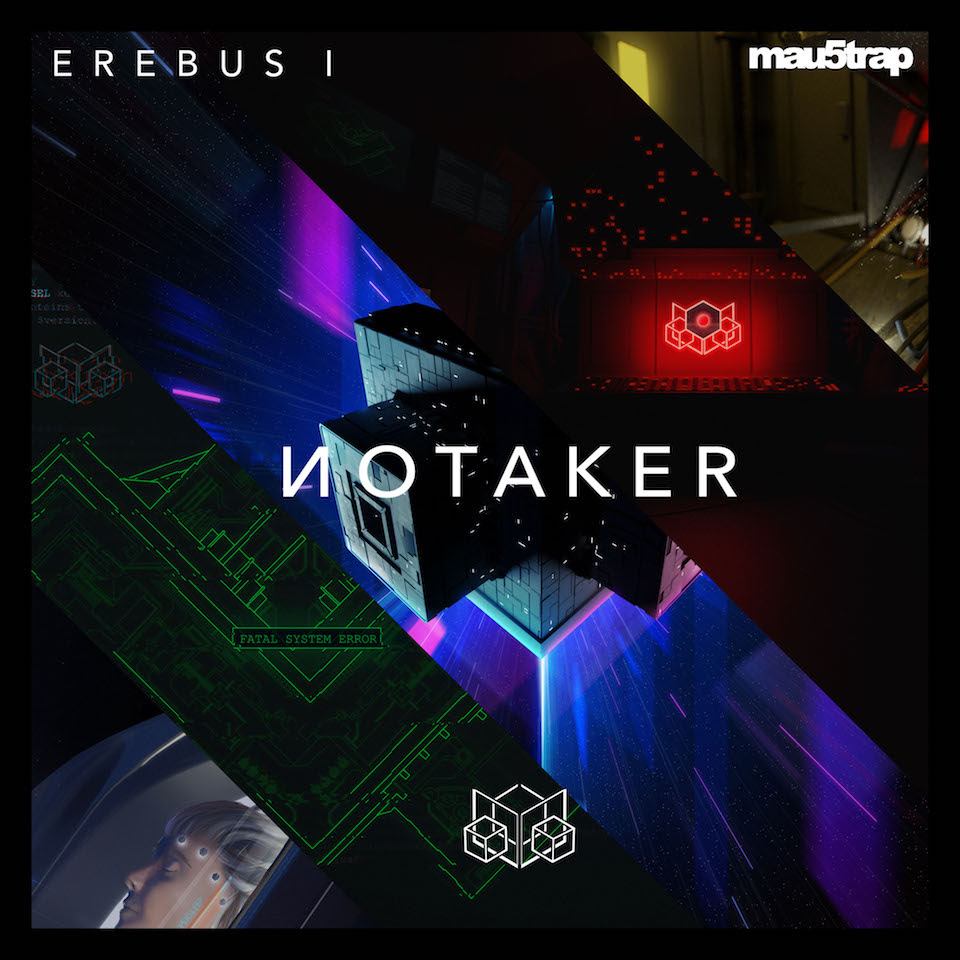 The EP features electrifying collaborations with Eminence and fellow mau5trap star, BlackGummy, delivers a stunningly diverse array of tracks that takes listeners on a rollercoaster of bass-drenched sounds.

STREAM/PURCHASE: NOTAKER – EREBUS I (MAU5TRAP)
Launching  into a full multisensory takeover, this five-track discography eases listeners in with Fatal System Error, a record that juxtaposes glittery synths with a series of relentless, glitch-infused cuts. Corrupted, the lead single on EREBUS I, features BlackGummy’s ominous progressive trance touch and sets the stage for Machina, the grittiest track on the bill. Hypersleep is an ambient cocktail of pulsating beats that brings the EP back to the ground before taking off again with Believe, a blissful crescendo that leaves listeners yearning for more at its end mark. The EP is tied together by an assortment of mystic, dark undertones that build into knife cut, hard electro drops that show a side of Notaker that fans have never seen before.
Notaker delves deep into other worlds, as he explains how the album channels an overall theme of sci-fi/space:

“The concept behind this EP was to expand on the idea of my Vessel series by creating a story using the track list order, mood, and artwork for each song to tell an ambiguous sci-fi / space story about the Vessel. Essentially the Vessel’s A.I. experiences a Fatal System Error after The Vessel travels through a wormhole, the Corrupted A.I. then becomes hostile towards the crew forcing many of them to jettison the Vessel and go into Hypersleep. The remaining crew then cuts the power supply to the A.I. and has to travel back through the wormhole without any guidance. Also in the promo mix, I spliced in a few audio clips of dialogue from movies that I drew inspiration from for the story and artwork (Interstellar, 2001: A Space Odyssey, and Alien).”

EREBUS I is Notaker’s first stab at EP following his late 2017 Monstercat release, Genesis EP, which similarly took listeners on a sonic journey across space and time.  Genesis amassed over one and a half million streams across all digital streaming platforms since its release, but the ebullient sounds of EREBUS I are sure to top its success.

Notaker has only begun to transcend his production into a euphoria of deep, dark, hypnotic sounds. With support from heavyweight acts such as Deadmau5, Seven Lions, and Above & Beyond, Notaker is shaping up to become a staple in the electronic music industry.