Red Bull TV To Broadcast BC One World Finals 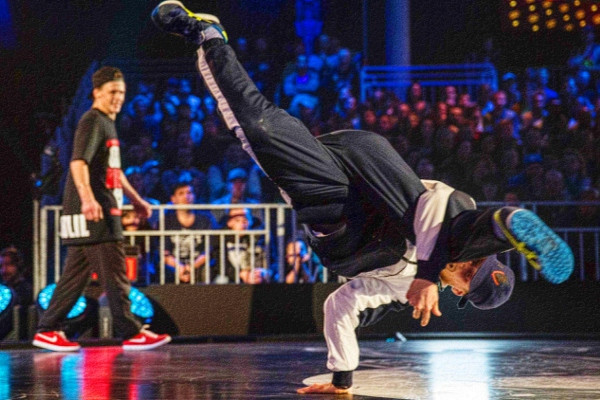 Red Bull – BC One 2016 – On Saturday, December 3rd Red Bull TV broadcast the Red Bull BC One World Championship live from 5am-7:00am EST. Following the live broadcast, the entire competition will be available on demand on Red Bull TV.

Sixteen dancers from around the world will compete in the round, in a one-on-one battle format straight from the heart of Nagoya in the historic Aichi Prefectural Gymnasium. This year’s competitors will showcase not only their mastery of the b-boy essentials, but also their own style and individual expression. Fans can tune in for free online at redbull.tv/BCOne or from any device by using the Red Bull TV app.

Originally from Orlando, Victor is a 20-year-old superstar b-boy with a fun, free, and energetic style. He has made a career out of b-boying, pursuing it full time while currently living in the LA area. Victor has been featured in an ad campaign for Gap Fit and is the topic of a feature film called “Remember The Name” that will also be available on Red Bull TV on December 1st.

The second American competitor, BenStacks, is a Las Vegas resident and part of the Jabbawockeez dance residency at the MGM Grand. BenStacks’ documents his one-of-a-kind lifestyle in detail via his Instagram account, and describes his dance style as explosive, yet controlled.

Renowned in Japan, DJ Mar Ski has been a BC One DJ for over eight years, and this year will return to the stage for his second World Final to soundtrack every spin, freeze and power move.