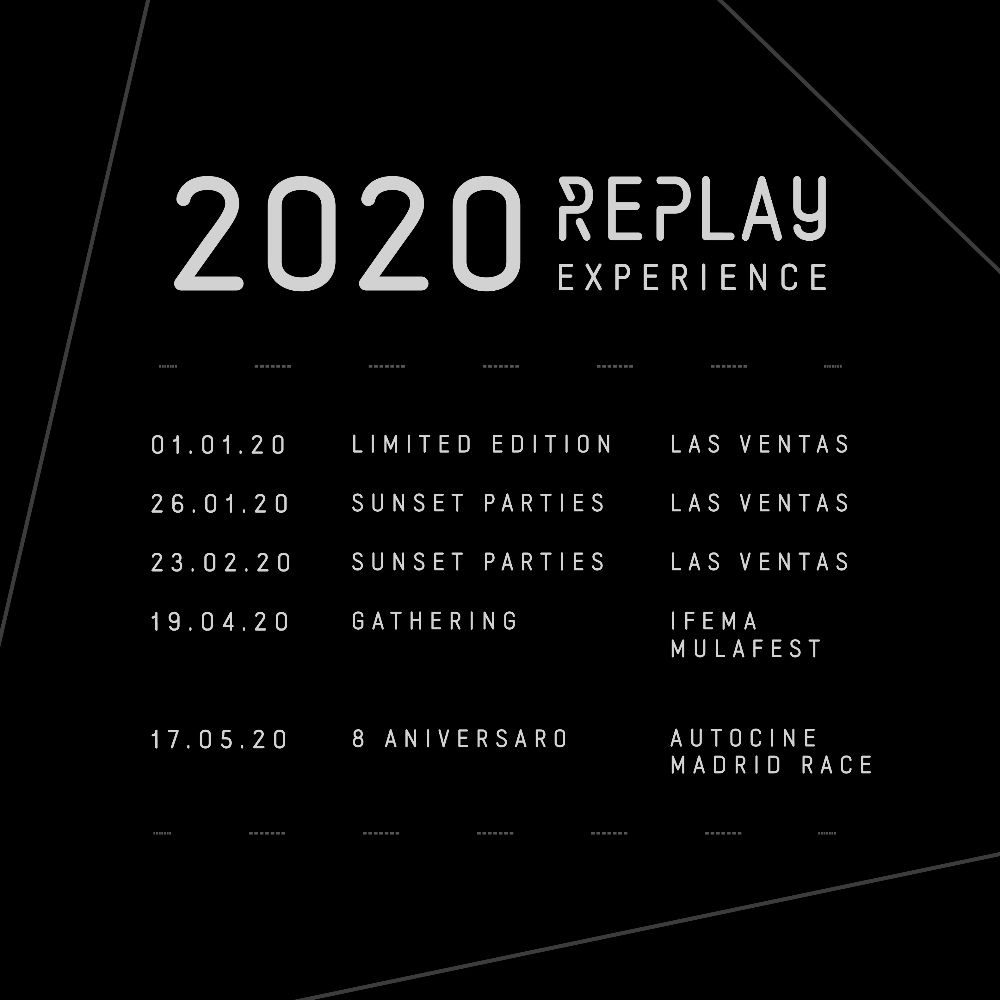 After its anticipated New Year’s Eve event, the brand has announced four more dates, two of them in las Ventas, another in IFEMA and the celebration of its eight anniversary in Autocine Madrid Race.

2020 is Replay’s year. The renowned daytime electronic music events brand from Madrid has announced that it will celebrate four parties during the first months of the new year, apart from its anticipated New Year’s Eve event.

On 26th of January Replay will return to Las Ventas with its traditional Sunset Parties, which will take place on a  Sunday and last for more than 12 hours. The first four of them are accompanied by the brand Brunch and the rest by performances from international artists. The event will be repeated a month later, on Sunday 23rd of February in Las Ventas again. There will be a break in March so that everyone can build up their energy for April. On Sunday 19th of April Replay will take its big format Gathering, the union of different art disciplines in the same space, to IFEMA as part of Mulafest 2020’s schedule. Replay is on the same level as big international brands and events that have moved to Feria de Madrid in the last years. And lastly, on Sunday 17th of May Replay will celebrate its eight anniversary making its debut at  a new location: Autocine Madrid Race.

Taking into account the brand’s experience, professionalism and journey it’s expected that all of the events will have very special line-ups. Top quality, avant-garde, innovative and fresh line-ups.

If you think that the wait is going to be too long and you still don’t have plans for New Year’s Eve, don’t mess about and get your ticket to Repay Limited Edition, an event that takes place on special days during the year. Apollonia, Margaret Dygas, Motor City Drum Ensemble, Seth Troxler, Catz ’N Dogz, Traumer, Bawrut, Quest, Unai Trotti, Sugar Free, donRafael, Vico Deep and Carlos Zarin some of the artists on the line-up. Grab your tickets now before they sell out in the next few days.