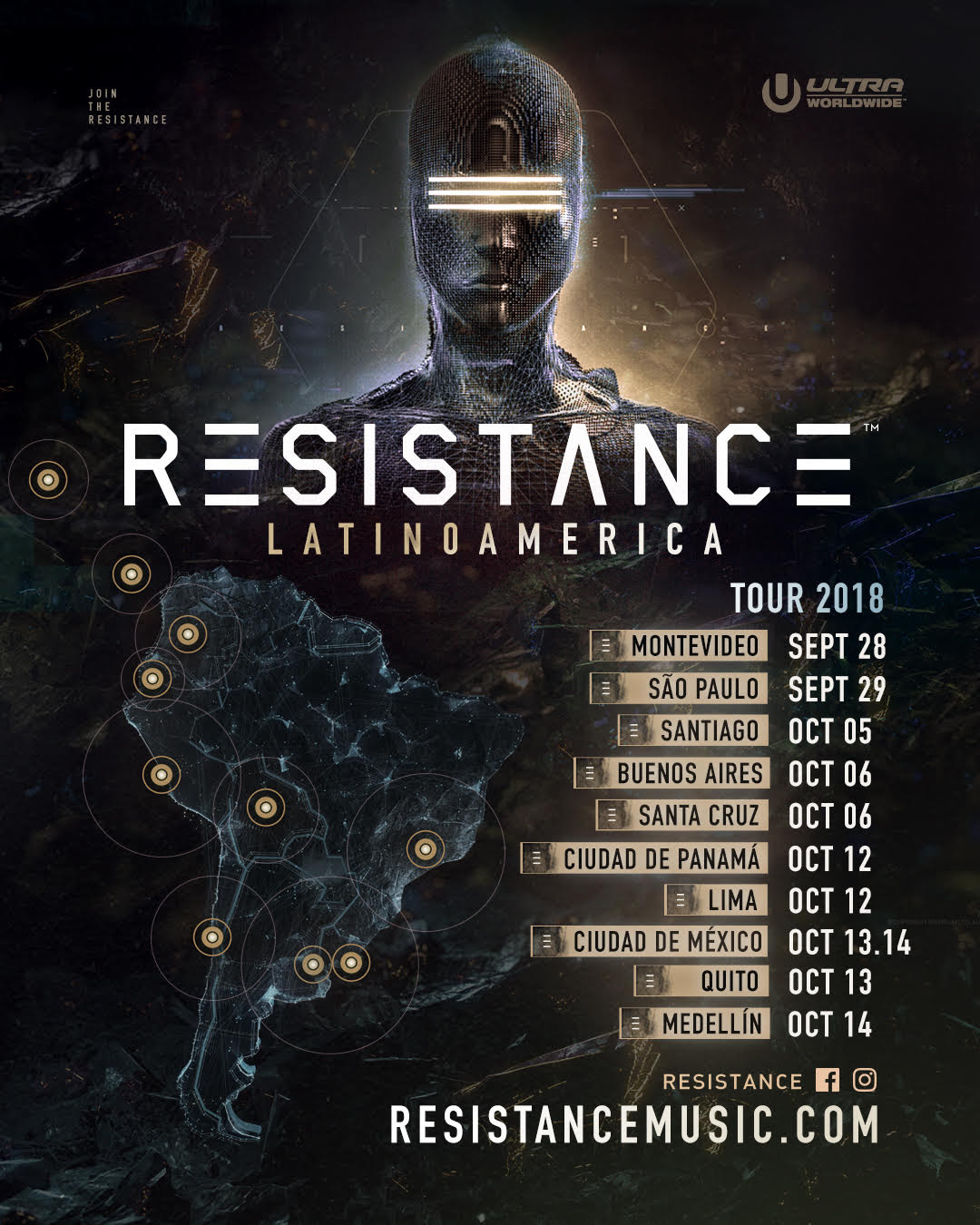 After the successful conclusion of RESISTANCE Mexico City this past weekend, featuring a stunning 45 hours of music, RESISTANCE Latin America has released the official dates for its Fall 2018 tour. This announcement confirms the previously forecasted growth of RESISTANCE in the market as we see the event embark on the biggest regional tour in its history.

Out of the 10 stops composing the 2018 tour, RESISTANCE will be hosting 8 standalone events in major cities located across LATAM. Three weekends of techno-centric festivities will kick off on September 28th in Montevideo, Uruguay with the tour coming to its conclusion in Medellin, Colombia on October 14th. Montevideo is one of the four cities that have been added to the already expansive line-up of Latin American locations. Other additions include São Paulo, Santa Cruz, Panama City and Quito.

Celebrating the return of ULTRA Mexico for its second annual edition from October 13-14, the festival will take over the dynamic Foro Pegaso, which is located in the historic district of Toluca.

Ever a proponent of the RESISTANCE brand, this past weekend Mexico City played host to the first ever stand alone 3-day RESISTANCE event. The debut featured headlining performances from veterans Maceo Plex, The Martinez Brothers and Paco Osuna who closed proceedings each day. With over 45 hours of music and 28 artists, the 3-day event was a monumental success, paving the way for future solo RESISTANCE ventures and opportunities worldwide.

The full itinerary for all ULTRA and RESISTANCE Latin America events have been revealed, with details on what promises to be a world class artist lineup and further venue information set to drop over the coming weeks.

If you would like to attend the RESISTANCE Latin America experiences or ULTRA Mexico as press, please apply for accreditation here: http://getinpr.com/accreditations