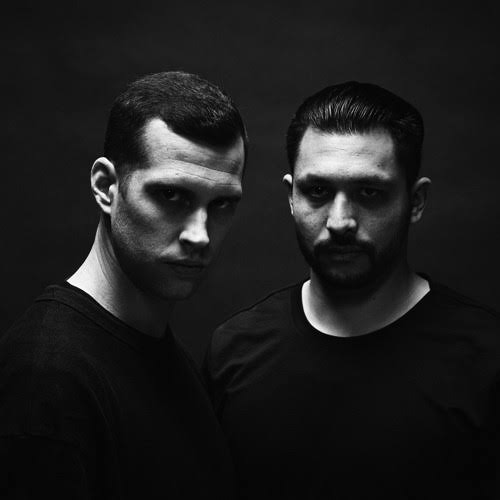 TICKETS ON SALE FRIDAY, NOVEMBER 15
SLANDER
“LOVE IS GONE’ ACOUSTIC
OUT TODAY (NOVEMBER 13) ON GUD VIBRATIONS
Today (November 13), electronic music duo SLANDER (Derek Andersen and Scott Land) have made available a new acoustic version of their hit song “Love is Gone” to coincide with the announcement of phase one of their headline EYE TOUR. The video, available now at smarturl.it/gv018, puts the spotlight on “Love Is Gone”’s featured vocalist Dylan Matthew at the piano as SLANDER reveals he will perform live with them on the entire tour.
Earlier this year, near the end of their Headbangers Ball Tour, SLANDER unveiled their new stage production “THE EYE” at their two back-to-back sold out nights at the Hollywood Palladium. Now, fans everywhere will have the opportunity to experience ‘THE EYE’ on a U.S. tour kicking off January 10 in Atlanta and passing through markets such as Orlando, Rochester, Pittsburgh, NYC, Washington D.C., Dallas, Indianapolis, Kansas City, Minneapolis and two headlining hometown shows at The Shrine in Los Angeles. Look for even more dates to be announced soon. Tickets will be available for pre-sale this Thursday, November 14 with general on-sale set for Friday, November 15. For pre-sale information please text (323) 218-7214. Tickets available at slanderofficial.com
The original version of “Love Is Gone” featuring Dylan Matthew originally debuted to resounding success earlier this spring. The track was highly praised by numerous outlets with EDM Sauce calling it “definitely worthy of chills” and Your EDM raving, “The raw passion and creativity that ‘Love is Gone’ projects gives the track some true staying power.” On all ‘THE EYE’ shows, they will be joined by vocalist Dylan Matthew whom will perform with SLANDER the track as well as other fan favorites “Without You” (with KAYZO), “First Time” (with Seven Lions & Dabin) and “Hate Being Alone.”
SLANDER’s THE EYE shows follow 2019’s ‘The Alchemy Tour’ which they co-headlined with NGHTMRE, Seven Lions and The Glitch Mob, cementing them as one of the top live draws in North America right now. In August, they smashed records fronting the largest attended single stage bass music event in the history of electronic music in America with the tour’s launch at Marina Green in Long Beach, CA and again in Northern California breaking Mountainview Amphitheatre’s record for their first ever official sold -out electronic music event. They have already sold out the first of two EYE shows in two major markets with Los Angeles and New York in just 24 hours during their respective on-sales. 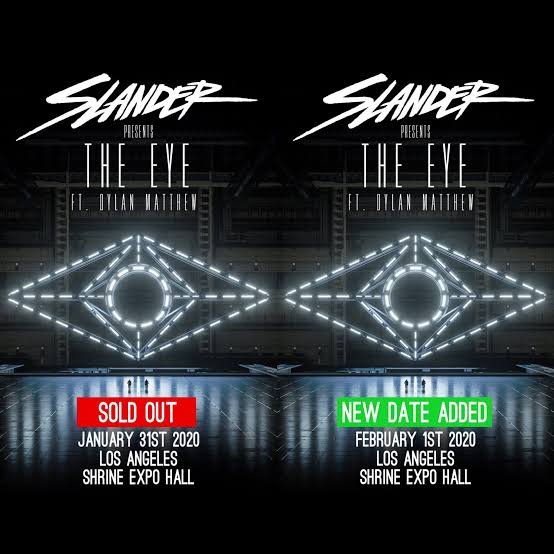 Phase 1 of SLANDER’s North American “THE EYE” tour dates are:
About SLANDER:
SLANDER’s (Derek Andersen and Scott Land) dedication to their craft and the development of their own unique sound has earned them support from the likes of Skrillex, DJ Snake, Excision, Bassnectar, Porter Robinson and more. Among dozens of chart-topping remixes, their original Heaven Trap hit “Love Again” featuring vocalist WAVZ has been listened to over 10 million times while being championed by Diplo’s Mad Decent imprint.
Other notable releases from SLANDER include:
Beyond building a mint name for themselves through jaw-dropping original productions and massive collaborations, SLANDER also include “label heads” to their resume. The LA-based helm the popular Gud Vibrations brand and record label with good friend NGHTMRE, ensuring their legions of fans that their famous GUD VIBES are only getting started. Based on their Mad Decent released single “Gud Vibrations”, best friends NGHTMRE and SLANDER decided to build their brand together, supporting good music, good friendships, and good vibes. Their GV brand has seen exponential growth with a world-wide audience.
Follow SLANDER at:
www.slanderofficial.com
https://twitter.com/SlanderOfficial
https://instagram.com/SlanderOfficial
https://www.facebook.com/slanderofficial/
https://soundcloud.com/slanderofficial