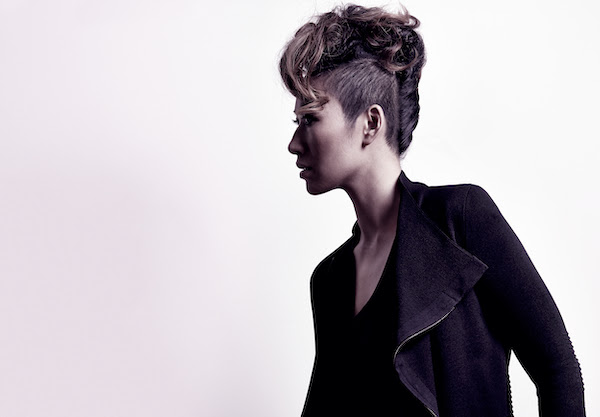 In a most welcome manifestation of the gradual societal and industry change regarding equality, this morning ARIA released the weekly club chart, topped by Sydney producer Beth Yen; the first solo female artist to achieve #1 since 2012. Also making her the fourth solo female artist to achieve this in ARIA chart history, following on from Helena with ‘Girl From The Sky’ – topping the chart for two consecutive weeks, and two other Australian females, Zoe Badwi with ‘Release Me’, and Sarah McCleod with ‘He Doesn’t Love You’.

Not only competing with local producers for the top position, Beth Yen knocked an international artist off the top spot – arguably the most prolific producer of the last few years, Scottish superstarCalvin Harris with his hit single ‘Giant feat. Rag’n’Bone Man’. Only a few weeks out from the original release, Beth Yen’s single ‘Ocean’ debuted at #25, jumping up the chart with a stellar remix pack from Friendless, Buried King, Marcus Knight, Scott Diaz, and Adam Madd, reaching #1 today, and in turn making the history books.

In one of the most serendipitous of occasions, the single was released by Hot Sunday Records just four weeks ago, on International Women’s Day. A shining example of the renowned Sydney’s DJ catalogue, Beth has taken inspiration from her years spent living and working as a DJ in Ibiza. For the release of ‘Ocean’, collaborating with Australian lyricist The Baroness, a regular vocalist of live shows with Peking Duk, and previously Flight Facilities. The song itself is about the ups and downs and life, and how people can draw you in and out much like the ocean. It is a rare find for dance music to be written with so much meaning and purpose, which has evidently resonated with her peers all across the country.

In what is hopefully a sign of the changing times, Beth shared a message of encouragement to her peers, “This is not just a win for me but a win for LGBTIQ+ women and men in the dance music industry. I hope that this inspires anyone, especially women contemplating getting involved in electronic dance music to get out there and find a way just to do it. The music industry is listening and ready for you all.”

Having grown up in the UK, Beth Yen cut her teeth rubbing shoulders with some of the world’s most influential DJs, from the likes of Masters at Work, Dennis Ferrer and Eric Prydz. From the humble underground clubs,  and later progressing to big room shows for Pacha Ibiza, London’s Egg, Sunset Music Festival alongside Avicii, and Sydney’s most prestigious Mardi Gras festival. Always with a finger on the pulse, Beth has produced originals across facets of house, funky, tech and nu-disco, with a genuine passion that is guaranteed to bring her more success stories such as this in the years to come.