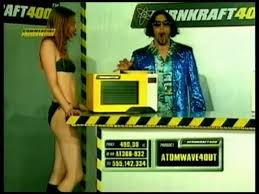 ‘Kernkraft 400‘ was like any great idea — they come very quickly with no intention of how this is going to work, if it’s going to be successful or anything. It just came out of the moment.”

The 15-minute video shows Senfter talking about how he co-founded Zombie Nation with Emanuel Mooner, putting together a short EP of tracks that was released in 1999,  one of which was “Kernkraft 400” in its original form. But when it was licensed in Italy via Spectra Records, a more “straightforward” remix from DJ Gius was added — and it’s the one that’s arguably most well-known today.

“It was a weird feeling because this track kind of became the original,” Senfter recalls. “A lot of labels didn’t bother to say it’s a remix.”