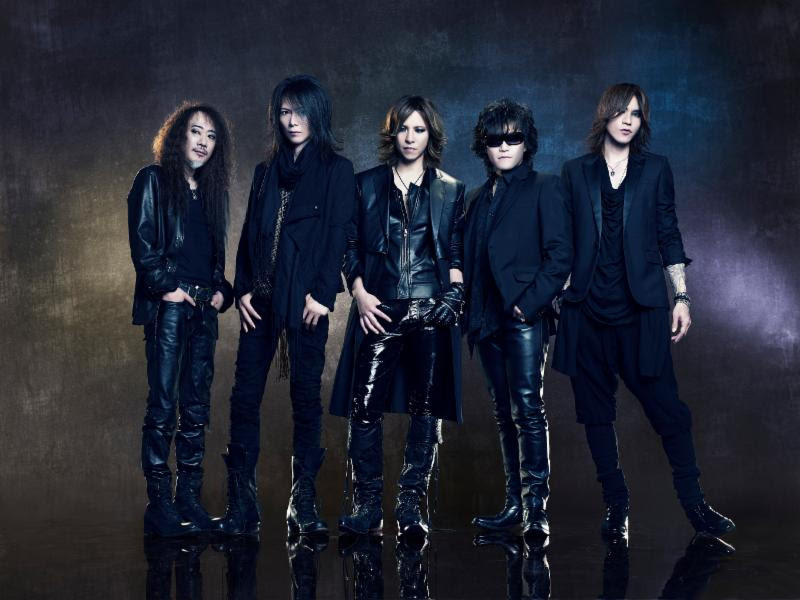 X JAPAN
HEADLINE MOJAVE STAGE TONIGHT AT COACHELLA
SATURDAY, APRIL 14TH 11:10PM
WATCH X JAPAN AT COACHELLA ON YOUTUBE 12:05AM PT (HERE)
BANDLEADER & CELEBRATED DRUMMER/PIANIST, YOSHIKI,
RETURNS TO STAGE ALONGSIDE HIDE & TAIJI HOLOGRAMS
GRAMMY Awards Names Beyoncé, The Weeknd, X Japan
“Most Anticipated Coachella 2018 Performances”
Named by the GRAMMY Awards poll as one of Top 3 most anticipated acts at Coachella (http://bit.ly/2Hrpem7), X JAPAN will be performing as one of the only hard rock acts on the bill both weekends. With hip-hop recently taking the reins as the #1 genre in the world, the inclusion of X JAPAN at the festival amongst the likes of Beyoncé and The Weeknd is a testament to the band’s groundbreaking success far and wide.
X JAPAN will be headlining the Mojave Stage on Saturday, April 14th and Saturday, April 21st at 11:10pm. There will be a collection of special guests gracing the stage alongside X JAPAN including holograms of deceased members HIDE (lead guitar) and TAIJI (bass). Bandleader and illustrious drummer/pianist, YOSHIKI, will also be returning to the stage after his emergency cervical artificial disc replacement surgery less than one year ago, making the performance one you cannot miss. YOSHIKI asserts: “I’ll make rock mainstream again. After being nearly paralyzed and coming back, nothing is impossible!”
X JAPAN’s 10 year reunion concerts just wrapped April 10 and 11 at Zepp DiverCity in Tokyo, warming up for the band’s debut performance at Coachella tonight, April 14. Richard Fortus of Guns N’ Roses, Wes Borland of Limp Bizkit, and Miya from MUCCjoined the stage as special guests, adding more speculation about who might join X JAPAN on stage at their Coachella performances. The shows marked YOSHIKI’s return to drums after cervical surgery one year ago. While YOSHIKI’s neck has not yet completely recovered, it did not stop him from stage-diving into the crowd to join the celebration. VIDEO: HERE and PHOTOS: HERE.
As the countdown to Coachella continues, legendary platinum-certified rockers and “visual kei” pioneers X JAPAN are excited to unveil a very special, deeply personal moment as a gift to fans. With HIDE and TAIJI joining the band on stage as holograms, the band’s hypnotic stage show will be transformed into an otherworldly experience, bringing the band full circle in preparations for their first full-length album in over twenty years.
“If [X JAPAN] were born in America, they might be the biggest band in the world.”
— Gene Simmons of KISS, WE ARE X film
“Beyoncé, The Weeknd, X Japan: Most Anticipated Coachella 2018 Performances”
— GRAMMY Awards
“5 Takeaways from Coachella’s 2018 Lineup… Japanese metal heroes X Japan… sure to be a blast.”
— Billboard
“11 bands to see at Coachella 2018… Legendary — seriously, it’s hard to overstate how huge these guys are in Japan.”
— Time Out L.A.
“X Japan’s addition to a stellar Coachella lineup will make the festival one not to miss.”
— Paste Magazine
X JAPAN is the most successful rock group in Japanese history. Led by composer, drummer, and pianist, YOSHIKI, the band has sold more than 30 million albums, singles, and videos combined, sold out Japan’s 55,000-seat Tokyo Dome 18 times. X JAPAN has also headlined major international stages such as London’s Wembley Arena and New York City’s Madison Square Garden.
Between the two weekend performances, the band will be hosting a special screening of their award-winning documentary? WE ARE X with the Grammy Museum. The SOLD OUT screening will be followed by an intimate discussion with YOSHIKI. Noted as a “fascinating and assured documentary” by the New York Times, WE ARE X won awards at the Sundance and SXSW Film Festivals followed by theatrical premieres in over 20 countries and a worldwide chart-topping soundtrack. Watch the trailer for WE ARE X, here: https://youtu.be/T3yJhsrgg4g. Note: Media review tickets are available.
About X JAPAN: http://www.xjapan.com/Bio.html