Wrapping up their long awaited return tour throughout the UK and Europe, today Aussie favourites Winston Surfshirt announce the triple j supported national ‘Apple Crumple Album Tour’. Promising to be their biggest tour to date, the Sydney six-piece will take their live show to 11 metro and regional cities across Australia & New Zealand. Further tantalising the taste buds, the announcement is coupled with the release of the new music video for the buzzing single ‘NobodyLikeYou’. Filmed in various stages throughout their last run of dates in Australia, it is quite fitting that today, the Sydney collective announce their return to the main stages around the country. Highlighting their personalities and true charisma which naturally oozes off them on stage, the video is a unique insight into life on the road, and not taking life too seriously.

ON SALE 9AM AEDT THURSDAY 12TH MARCH 2020
VIA WWW.WINSTONSURFSHIRT.COM/TOUR

Announcing their forthcoming Apple Crumble Album Tour, the six-piece collective will be delivering the sweet melodies of their sophomore LP to their dedicated fans across Australia and New Zealand. The tour kicks off with an intimate show at Perth’s Freo.Social on 22nd May, before hitting regional NSW venues across Canberra, Wollongong and Newcastle in early June. Next up, the band will head to Adelaide for their debut show at Lion Arts Factory on 13th June, before heading down the Great Ocean Road to Torquay Hotel on 19th June. The Australian run wraps up with their biggest venues to date, taking over Melbourne’s Forum Theatre on 20th June, the Fortitude Music Hall in Brisbane on 29th June, and the Roundhouse in Sydney on 30th June. The comprehensive tour finishes up with shows over in New Zealand at San Fran in Wellington on 2nd July, and finally, Hollywood Theatre in Auckland on 3rd July.

Winston Surfshirt has developed a devout following since debuting with their near double platinum single ‘Be About You’ off their extraordinary album ‘Sponge Cake’, with the love and fandom only surpassed with the sophomore release ‘Apple Crumble’. Originally hailing from the Northern Beaches of Sydney, the solo project turned live six-piece have continued to deliver their own unique genre-blending styles, with moments of funk, soul, RnB and hip-hop. The refined blend earning them two triple j feature albums, and a nod of approval from Zane Lowe, Sir Elton John, Jason Bentley (KCRW), Huw Stephens, Phil Taggart (BBC Radio 1), Lauren Laverne (BBC Radio 6), to name but a few.

With tickets on sale from 9am AEDT on Thursday 12th March 2020, make sure to catch the Winston Surfshirt collective live for another taste of the smooth stylings from the Aussie favourites. 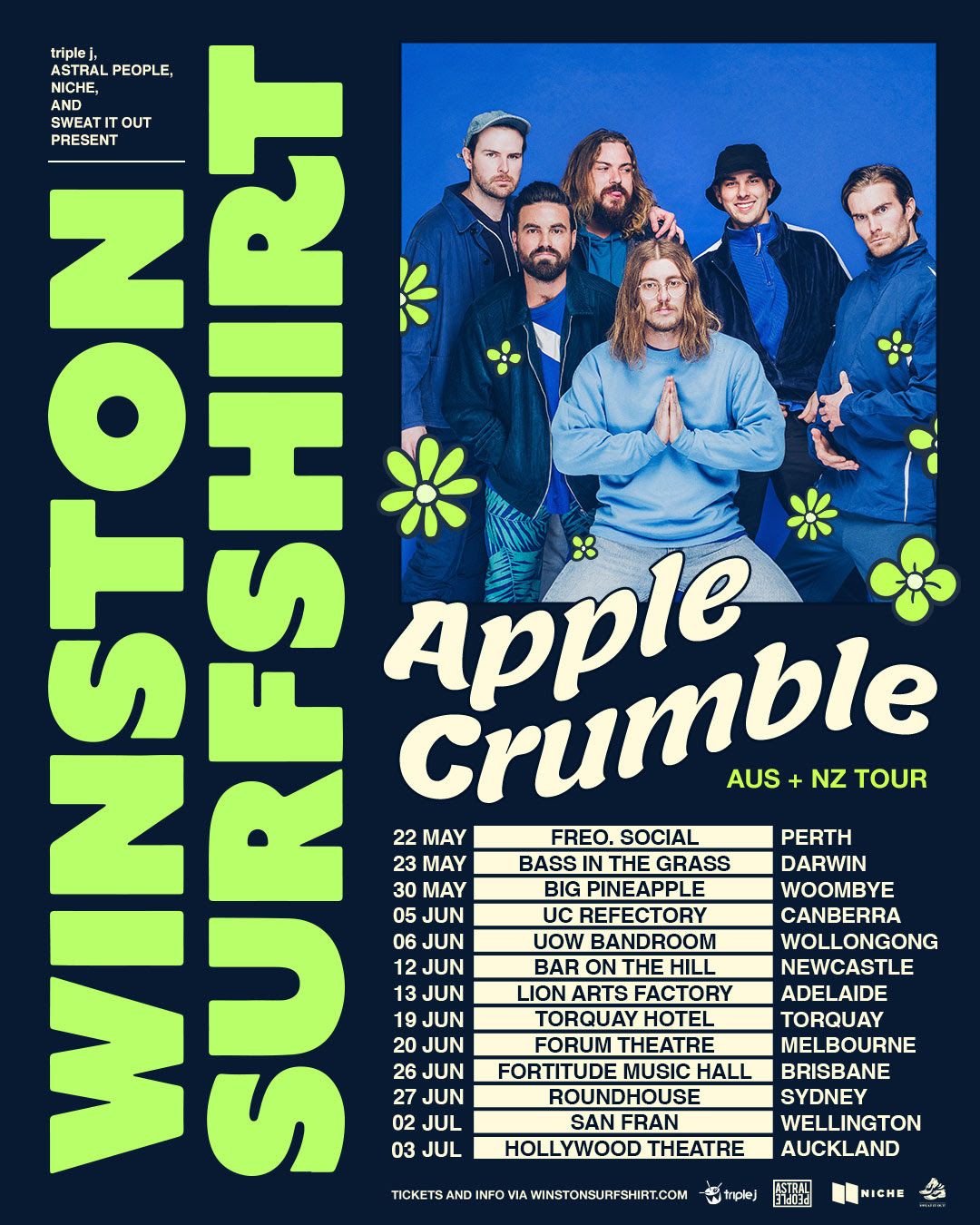