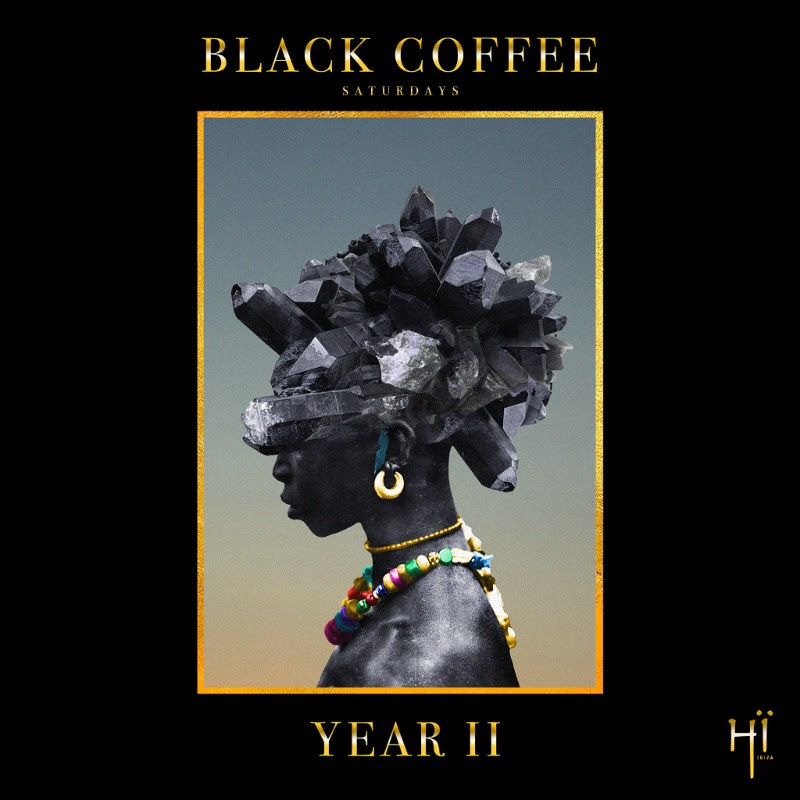 EVERY SATURDAY, FROM 26 MAY – 6 OCTOBER
TICKETS ON SALE NOW AT HIIBIZA.COM

Black Coffee’s debut residency last season was one of the most talked about parties of the summer. With the main man himself serving up steamy sets of house music with intoxicating rhythms and real depth, he was the backbone of each night while world class guests all came and served up their A-game in the always immersive and escapist atmospheres of the revered Hï Ibiza. This summer he is sure to step it up once more, playing the Theatre each and every week with more cultured line-ups covering everything from deep house to techno, disco to minimal. Watch out for a very special all night set from the South-African house hero on 14th July. 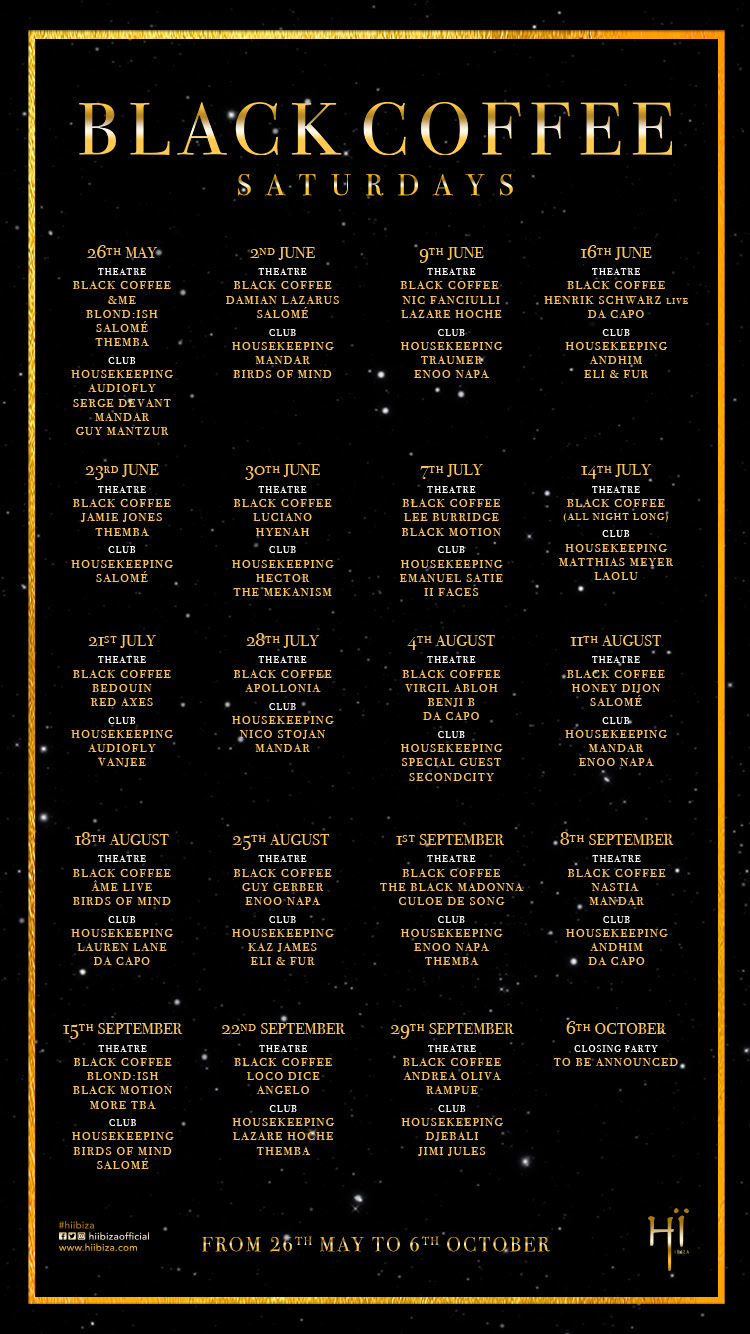 With just a matter of weeks to go until Black Coffee embarks on another much anticipated season, his party looks set to raise the bar once again in 2018. Tickets on sale now at hiibiza.com.

BLACK COFFEE AT HÏ IBIZA
EVERY SATURDAY, FROM 26 MAY – 6 OCTOBER

ABOUT HÏ IBIZA
Since opening its doors for the very first time in 2017, Hï Ibiza has played host to many of the biggest names on the electronic music scene, welcoming thousands of party revellers from all around the world, all eager to experience the island’s latest nightlife institution. With world-class residents; including South Africa’s hottest export Black Coffee (Saturdays) global clubbing institution Cream Ibiza (Sundays) Cathy Guetta presents GangStar (Mondays) the phenomenal Eric Prydz (Tuesdays) spectacular Armin van Buuren and Sunnery James & Ryan Marciano (Wednesdays) acclaimed party series Afterlife (Thursdays) and the island’s most flamboyant party Glitterbox (Fridays) – all combined with state-of-the-art design and sound and a commitment to putting the clubber at the centre of the experience proves the groundbreaking club is a force to be reckoned with. https://www.hiibiza.com