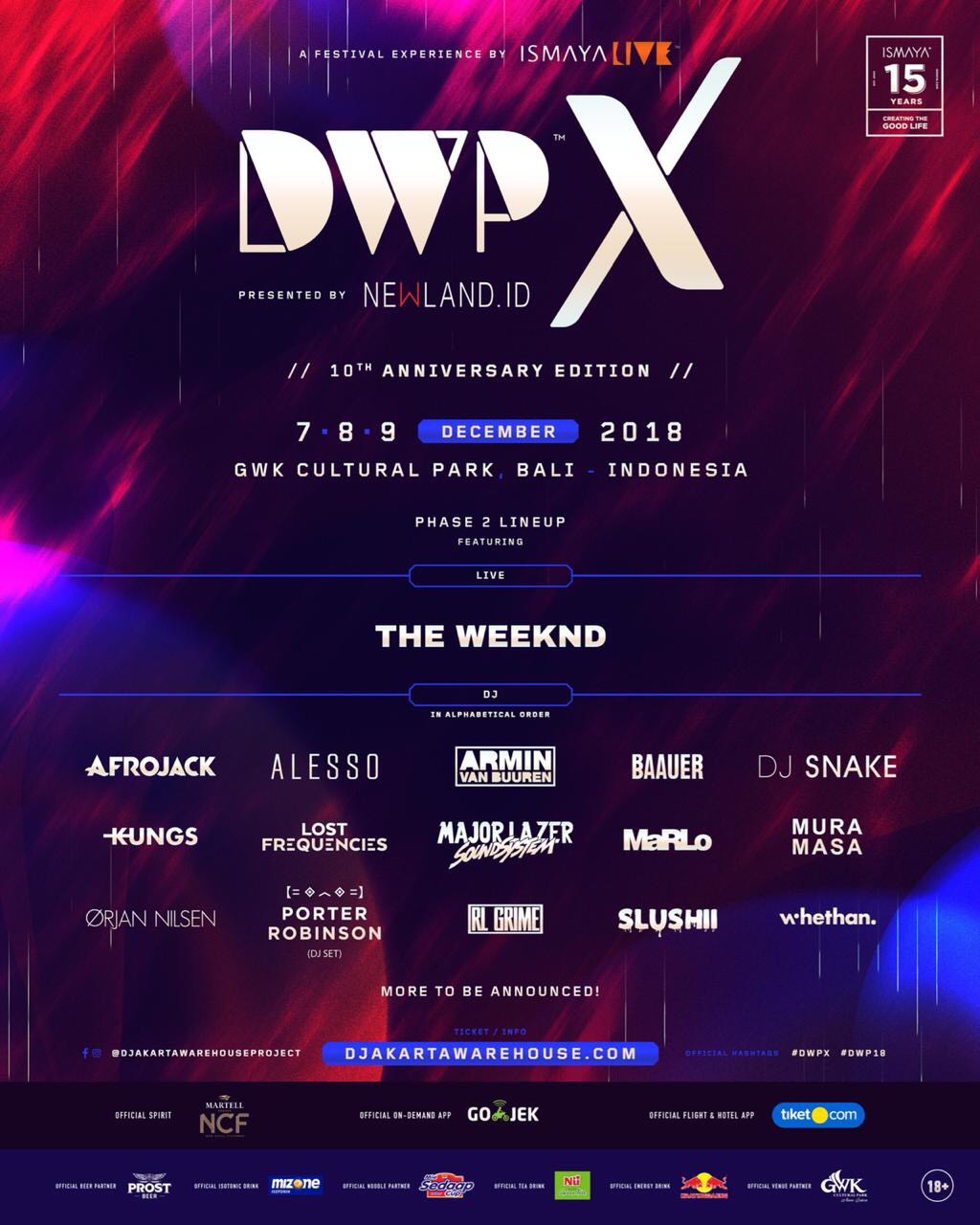 AFROJACK, BAAUER, MURA MASA, SLUSHII AND MORE JOIN
THE WEEKND, ALESSO, DJ SNAKE & ARMIN VAN BUUREN
DEC 7-9TH
TICKETS SALES FASTEST IN HISTORY
TICKETS: http://www.djakartawarehouse.com/
With preparations well underway for its landmark tenth edition in Bali, Djakarta Warehouse Project X – Asia’s #1 dance festival –  today announces a raft of new additions to itsx already stacked lineup. Chosen from across the electronic dance spectrum, organisers Ismaya Live have once again outdone themselves with their selections of top flight talent from around the globe.
First up is EDM mainstay and all round party-starter, Afrojack. With over 10 years of DJing experience under his belt and countless top ten hits, the Dutch legend will be making a welcome return to Indonesia this December. He joins Billboard Music award-winning artist and one of the undisputed godfathers of trap, Baauer. Having garnered worldwide attention with his viral hit ‘Harlem Shake’ back in 2013, the American beatsmith has since consolidated this fame with sell out world tours and collaborations with everyone from Pusha T to M.I.A. His supercharged set is not to be missed.
Coming from the other side of the Atlantic is producer extraordinaire and multi-instrumentalist, Mura Masa. Reaching the #1 position on Spotify’s worldwide viral chart with ASAP Rocky collaboration ‘Lovesick’, he’s since released his critically acclaimed debut album that boasts features including Charli XCX, NAO and Desiigner. Alongside him is tropical house trailblazer, Lost Frequencies, and the brains behind the worldwide hit ‘This Girl’, Kungs. Both will be dropping their catchy anthems to revellers at DWPX this year.
Flying the flag for trance are MarLo and Orjan Nilsen who are also added DWPX’s burgeoning lineup today. Having both released extensively on Armin Van Buuren’s coveted Armada imprint, the two up-and-comers will be playing alongside their hero this December at Bali’s idyllic GWK Cultural Park.
Last but by no means least is Marshmello protege Slushii and rising future bass star Whethan, both will be looking to send DWPX’s crowd into a bass fuelled frenzy with their unique takes on EDM.
These acts join existing headliners The Weeknd, Alesso, Armin Van Buuren, RL Grime, Major Lazer, DJ Snake and Porter Robinson, and together make one of the most exciting lineups DWPX has had to date, with still more to come.
With tickets selling faster than in any previous years Ismaya Live are urging those not yet committed to buy before they sell out.
Stay up to date with all new announcements here: