A child of the acid house generation, Steve Lawler has been busy with the beats long before genres were but a twinkle in clubland’s eye. Steve Lawler needs no introduction, but he certainly warrants one. You would be hard pushed to ﬁnd a more in-form, in-demand, exceptionally talented artist, regarded as highly by his industry peers as he is by his huge global base of musically educated fans. This year sees Steves life immortalised in film with the release of an 80 minute documentary called The Art of the DJ. House music aficionado Daz Pearson went to meet the ‘King of the Terrace’ to chat about the film, his career and the future.

Hi Steve, thanks for find the time to chat to us at Decoded Magazine. I’d like to firstly ask about growing up in the Midlands. We understand you were an acid house child. Was this your first exposure to house music or does the love affair go further back?

When I was around 16, I was invited to a party by some older friends, I was worried about looking to young to get it, but I got in and the rest I guess they say is history.

Global Grooves Records were the foundations of you career. Could you tell us a bit about how they helped pave your way? You pioneered their first tour right?

I saw an opportunity to do something with their brand, the owners of the shop were also organising club nights in Birmingham as they were too busy to do something like this, so i put it all together but by doing so it gave me the chance to play on this tour and play at clubs all around the UK. which for me at that time was a big deal.

Lets move on to ‘The Art of the DJ’ an 80min documentary about your 20 year career in the music industry. Where did the idea begin and how did the concept develop? It must have been some trip down memory lane?

It certainly was, The Director gathered most of the content, so when I watched the first edit of the finished movie I was horrified! I asked Piers, the Director, where on earth did he get a lot of this stuff and mainly it was from my friends and family of whom we put him in touch with, but I couldn’t believe just how much he got together even old footage off past tour managers. The idea came about a long time ago when we were going to document a month long bus tour I did in the United States but that never came to fruition due to some problems but the idea of doing a film stayed with me.

The Art of the DJ is something Decoded Magazine has highlighted in our articles on warm up DJs and the role of the resident. How have you seen the artistry of DJing develop, and are we in a good place to hand over the baton to the next generation? Are there movers and shakers who have piqued your interest?

It was a different schooling back then, my idols, the DJ’s I looked up to all held residencies – Tenaglia, Sasha, Junior Vasquez –  thats what DJ’s did back then, thats what you did, you had your place where people would travel the country to come and see you. For example, Sasha first had Shelly’s in Stoke, then he had Renaissance in Mansfield, it was all about having that home. So that’s what I have done for the large majority of my career. My residencies have included, Cream in Liverpool, then Home in London, then The End in London, Space Ibiza, Twilo New York, The Arches in Glasgow, Release in San Fransisco, now my only residency is Sankeys in Ibiza, but I still have one and always will. Its where you really build your craft as a DJ.

In a DJ booth you are very familiar with, a room you know every corner, you know the sweat dripping off the walls, and the regular crowd. In recent years, up and coming DJ’s have to look at other things, like being a part of a label or a crew or a night, being social media savvy, The industry has changed, so the game has changed with it.

 A topic and discussion point in the documentary you talk openly about your damaged reputation with the occasional drug dealing and a brutal attack which lead you to re-evaluate you career. Was making this documentary cathartic in some way?

No.. my damaged reputation came many years after those incidents, they are not linked. When I talked about my reputation that came around at a time when fame got to me in ways it shouldn’t have. Cathartic in some way? No not all at, I am proud of what I have achieved, so therefore I have no problem with the truth. I had nothing to get off my chest so to speak. I have lived with my triumphs as much as my mistakes, and believe we all need to make them and equally live with them and accept them.  I have said it how it is, and not fed anyone any bull shit, I think there’s enough of that out there.

We know a little about making films here at Decoded Magazine, so did it all run as smoothly as planned? Any cool movie stories?

I have had little involvement in making the film outside of doing the narrative for the Director in the phyciatirc chair setting. But I have been made aware of how difficult it has been to get this finally released. This film has been in the making for many years. So the fact its going to finally see the light of day is both very exciting and nerve racking at the same time.

Now let’s focus on the music. Mention ‘dark tribal house’ and your name is the first to be mentioned. You pioneered the sound with the now collectable ʻDark Drumsʼ and ʻLights Outʼ mix series, and stayed true to your music, not being sucked in by PR machines and we can’t thank you enough for it. Looking to the future, where is the music heading with VIVa?

I dont know where its heading, to me its all the same, its house and techno built around the idea of a groove; non commercial, deeper, sexier sometimes, a little darker rhythmic feeling all wrapped up in a senseless getting lost vibe. hahaha thats honestly how I see what I play is.

The interesting thing is, I had to burn some old mix tapes for promotional material leading up to the release of the film, and there are tapes from 1992, 1995, 1998 and 2001 and you can blatantly hear my “style” is in fact the same as it has always been. Its just the media have been the ones that have felt the desire to tag me into different genres over the years. I am me, and have my own sound I believe. My sound has always had a place on the dance floor, and sometimes in the media’s eye, its trendy and sometimes it isn’t. I couldn’t care less about that, all I care about is weather or not I like it.

You’ve been lovingly dubbed the ‘King of the Terrace’ after a 9 year residency at Space Ibiza. With Carl Cox announcing the end of his 15 years residency next year, and Ushuaia reportedly taking ownership, what impact do you think it will have on the island?

Who knows, Ibiza has been constantly changing over the last 5 or 6 years. but then again so has the world. I am one for the future, I like to embrace it and not run or hide or moan about it. Im excited about what will be. I personally still have a lot to give, the best is yet to come. 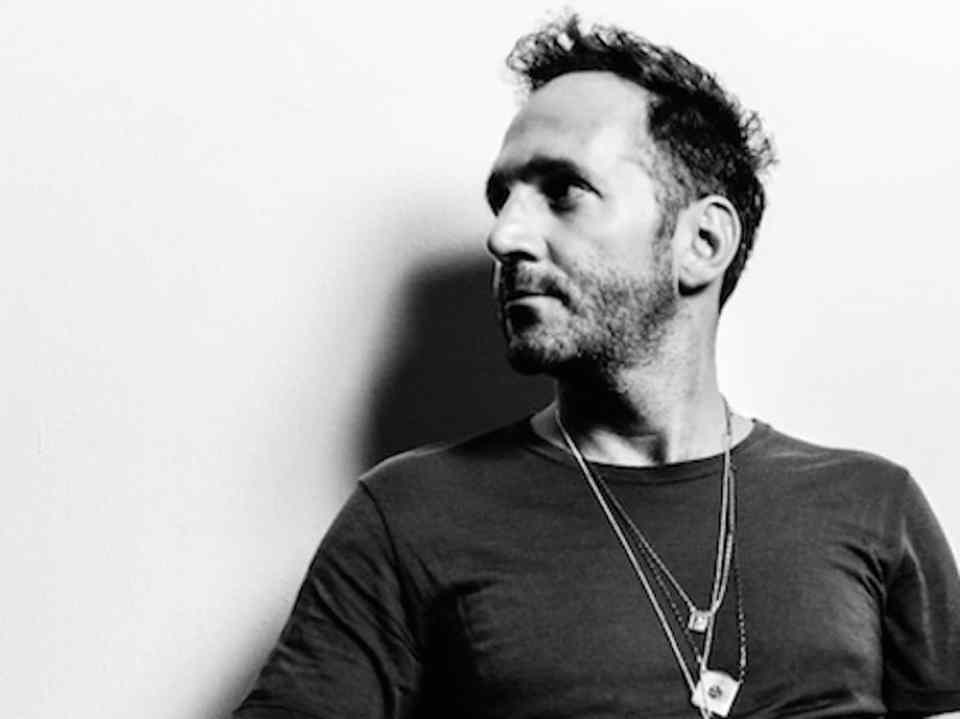 VIVa Warriors @ Sankeys Ibiza is going from strength to strength each year. Easily one of the best atmospheres we’ve experienced from start to finish. Can you let us in on a few plans we can expect for 2016 season?

I’m afraid not, not yet too early for us to even really know what our plans are.. watch this space!!

While we’re talking events this NYE VIVa Warriors are at Studio 338, London with Art Department. It’s a great Venue… Why should this be the only place to be this NYE?

Hahaha because were there! No seriously, its going to be somewhat an insane party, honestly what the club is doing production wise and giving away etc is amazing, the line up is pretty damn good and we have an extra large crew out that night and were already fired up.. gonna be a big this one.

I’d like to pick deep into your head now and ask in your opinion, what is the last record; one of those defining tracks, which has had such a great impact on the scene, and why?

Ah man… there are so many! Every now and again a record will come along and change whats trendy. I’m rather proud that my single ‘House Record’ which came out last year, did just that. After that was released on Hot Creations, so many people started to use rave stabs in records again, and I remember when I was making House Record I was trying to do something that wasn’t being done, and that’s why I used a synth that would have been used in the early 90’s bringing that classic rave sound back.

Over a career of two decades you have seen big developments and changes to the scene whether it be online digital promotion, advancements in digital DJing and production platforms. What have been the biggest aspects for you which have both helped and hindered the industry?

Well the biggest change was without a doubt the Digital era. It didnt just change the way music was made, it changed the way it was delivered, enjoyed, shared, it actually changed everything about the scene that we knew, and with it came some benefits and some hindrances. Thats what change brings. But like I say I love new, I love change, and I love the future, it honestly excites me. I am fortunate that I look forward all the time, but have the history to take from the past. That, I believe is what keeps me alive and driven. I don’t want to dwell on how things were, I want to develop and push towards how things can be.

In this time you also became a parent and father to your daughter Avaida. With your demanding touring schedule, how difficult has it been dividing time between family and work?

I have two daughters now, Avaida and Adriana and they are the best thing that ever happened to me, I think if I’m honest there was always a hole I was so trying to fill and tried with many different things, it turns out it was the un-measured love of your children.

I manage it very well, as I have a whole team in place that look after everything, and I am left with what I love: my daughters and music. I spend most of my time in the day with music and my little ones before bed. Touring I have slowed down in the winter months which is also good for my sanity not just my family! And the summer my family lives in Ibiza with me.

Steve, we’d like to thank you very much for the interview. We’re looking forward to the documentary and catching you again on the dance floor very soon!