When an album is built-up and hyped over time, the expectations for that piece of work often reach unattainable levels. Toss in the massive growth of dance music, the incessant clamor for instant gratification so prevalent in the 21st Century, and social media, and you have the recipe for a potential disaster. So, when NERO decided to wait four years (and two weeks) to release the follow-up work to their incredible debut album, Welcome Reality, the hype train was at full speed. We’d heard a few of the songs from the album prior to its full debut, but nothing prepared us for the beastly beauty of Between II Worlds.

Apart from being a solid collection of immaculately produced songs from a trio so very obviously firing on all cylinders,Between II Worlds features a cohesive flow far beyond anything else released in dance music this year. The album tells a story we can all relate to, touching on all of the things we’ve felt on our search for love. NERO draws these emotions out with ease, touching on wonder, fear, hope, trust, excitement, disappointment, regret, and more. Doing all of this, in the bass-fueled, high-energy, NERO-way that we’ve come to know and love over the years, makes Between II Worlds the best album of 2015.

Some could say that Kaskade’s Automatic rides a fine line between pop and underground house. And isn’t that the sign of a great album, after all;  the ability to appeal to everyone and yet stay original at the same time? Predictable four-on-the-floor hits help to get the dance floor grooving and shaking and are part and parcel for a great dance album. With collaborations involving both Galantis and Estelle, there is no need to deny the star power this album portrays. However, the beautiful part of Automatic is that the feel good, make you jump up-and-down aspect is present… yet that’s just the beginning of the story.

As the song, A Little More suggests, this album is a best of the year vote precisely for this reason. In a musical sense, it explores aspects of house that are a little less popular than what we find in the mainstream (i.e think big room house), yet trails that fine line of being presentable to the masses. And then we tear open the truly brilliant part of this album–its lyrics. Take its signature hit,Disarm You. As Mr. Raddon himself says, it’s  “a sincere plea for uninhibited or honest love”, and who are we to disagree? This song will make you want to peel away the layers of masks that you have and demand you bring your true self to the stage. The best part is that many of the songs on this album will ask the same of you. The question is: are you ready to listen?

We Are All We Need – Above & Beyond

Often times when we offered the task of weighing one thing over the other and deciding which is a better element, we can be overwhelmed with such an awesome task. Luckily when it comes to music, Above & Beyond makes it easy. My pick for album of the year is We’re All We Need. The title track has been nominated for a Grammy and the album itself has been universally accepted as a work of art by our staff.

The thing that separates Above & Beyond from the landscape of electronic music is their ability to go Above & Beyond what’s expected of them. Traditionally accepted as a trance group, they have has transcended their niche and included so many schools of music to create their own unique sound. They blend crooner styled vocals with melodic and big band sounds, into an electronic soundscape that can both touch your soul and get you going. If their is one new album you buy in 2015, make We’re All We Need the one you purchase at your local record shop.

While Armin’s new album Embrace may sound a little more mainstream than some trance fans would like, the collection of new songs has a little bit of something for everyone. Armin Van Buuren sticks to his roots with beautiful, vocal tracks like Make It Right and Hands To Heaven, reminding us all while we still love vocal trance. House fans will be happy with some of his electro-style tracks included on the album, such as Off The Hook Armin’s incredibly dance-inducing collaboration with Hardwell.

Armin’s sound is constantly shifting, and tracks like Old Skoolshow fans that he can still take a classic sound and find something new and interesting to do with it. With a true melting pot of sounds, Embrace creates a welcoming listening environment and invites more than just trance fans to take a listen and dance in a state of trance.

If you have been to any event this year, you are more than likely to have heard at least one song off of this album. Runaway (U & I)has been stuck in our heads since Paradiso, and will probably continue playing until 2016. Galantis has been on fire this year, playing major festivals like Ultra, EDCLV, and Paradiso. The success of the duo only heightened the hype of their debut album, Pharmacy, and they did not disappoint.

If you are a fan of progressive house, this is no doubt one of the best albums you will hear this year. From the light-heartedPeanut Butter Jelly to the emotional Dancin’ To The Sound Of A Broken Heart, every song has an energy that will keep any listener dancing. When an artist can integrate great vocals, bangin’ beats, and emotion, that album will be a staple in any music scene. Galantis has no plans of slowing down, andPharmacy is just a small example of what these two are capable of accomplishing.

We don’t have to convince you of why we like Skrillex and Diplo. So what’s better than two big names coming together in collaboration? Taking that collaboration to the next level and including a whole album’s worth of great featured artists. And that’s what this is – bunch of talented artists getting together and making really fun music.

From Kiesza to Snails, Jack Ü’s Skrillex & Diplo present Jack Ü gives us track after track of unique Skrillex sounds, Diplo’s catchy hooks and drops, and adds a twist to each in the form of artists from a range of genres. The entire album is full of energy, taking you all the way up and dropping you into a spastic frenzy of dance with each song.

And you can’t tell us you didn’t enjoy Where Are You Now, and that you don’t find yourself singing along when it comes on. We know Justin Bieber is a butthead, but you can deny a catchy song. And hey, those sounds are expensive.

There’s something about funk and soul that resonates with any and everyone. It moves the body and soul in a way that transcends generations, and is embodied in the music of tenor-sax maestro, GRiZ. For his second album in as many years, GRiZ has delivered yet another stellar collective work, demonstrating his feel for composition and songwriting, all while infusing in just enough electronic elements to keep his old-school stylings in the modern age.

When you consider just how much GRiZ has on his plate, the fact that Say It Loud even made it out into the world is stunning. He runs his label, All Good Records, tours almost nonstop, and all the while still finds time to work on his own music. With music that would be just as home on a stage with the likes of Otis Redding and James Brown as it at music festivals, Say It Loud is easily the seminal work of its eclectic creator. 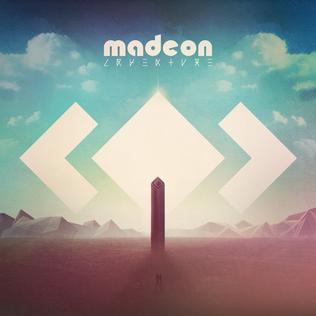 Adventure is the upbeat, fun, and danceable debut album from Madeon. It features the singles that got us into the French producer in the first place, which are accompanied by many new tracks that remind us why we’ll be sticking around for more. Come for The City and Finale, stay for the Nonsense and Pay No Mind! There’s a few feature tracks on it from artists like Passion Pit, Aquilo, Dan Smith, and Kyan, but they aren’t used as a crutch. The album could easy stand alone without any collaboration, but what would be the fun in that? Those feature tracks simply add new hues to an already colorful palette.

As the album plays through, we find ourselves moving and grooving with each passing track. Each track flows into the next, like you’re traveling down a winding road. It’s really like a musical road trip with plenty of sing-a-longs and car dancing to be done. All in all, it’s a fun album in 100% Madeon style, and isn’t expression and having fun what music is all about? Adventure on, friends!

Plus Every Open Eye is insanely good. CHVRCHES beats the sophomore slump with spectacular vocal performances by Lauren Mayberry, moving countermelodies throughout, top-notch production, and really only one stinker in the form of High Enough To Carry You Over (where Martin Doherty sings). But hey, at least it’s bookended by Clearest Blue and Empty Threat, two of the album’s strongest cuts. The tone might not be as euphoric or upbeat as their first album The Mother We Share, but in many ways their songwriting and production values have increased measurably.

This kind of grungy, delicate Indie Dance is the future of EDM. Much like Between Two Worlds, Every Open Eye might be flawed but feels like the album CHVRCHES release right before they’ll take off into the stratosphere.