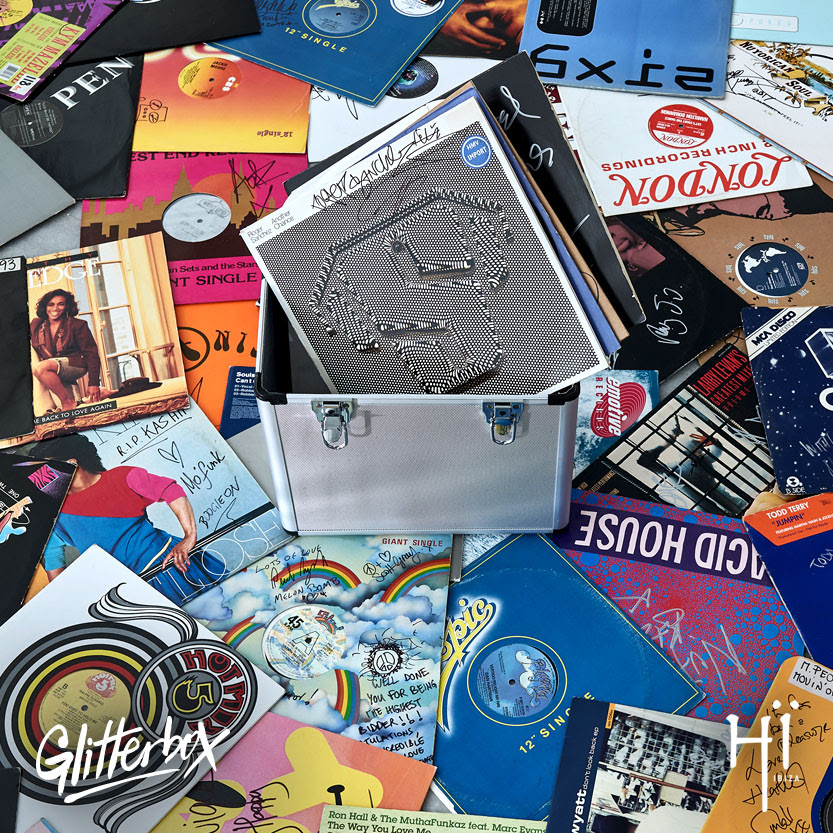 Ahead of the launch of Glitterbox’s 2018 season on Friday, 1st June, ‘The Ultimate Record Collection’ as chosen by Glitterbox DJs is to be auctioned for charity, with all proceeds going to the Ibiza Preservation Fund.

Hï Ibiza has joined forces with Friday night residency Glitterbox and artists including Basement Jaxx, David Morales, Masters at Work, Roger Sanchez and Todd Terry, to curate the ultimate record collection. Set to be auctioned for charity, all the proceeds from the auction will go to the Ibiza Preservation Fund, which works to preserve Ibiza and Formentera’s land, sea and unique cultural and environmental heritage.

Glitterbox’s 21st century disco, with its extravagant production, flamboyant performers, and dancefloor hedonism has made it Ibiza’s most talked-about party. Returning to its home at Hï Ibiza this summer, the Friday night residency will host acts including Armand Van Helden, Groove Armada, DJ Harvey, Greg Wilson, Honey Dijon, Horse Meat Disco, Nightmares On Wax, Derrick Carter, Kenny Dope and many more. The opening party on Friday, 1st June will see Basement Jaxx, Roger Sanchez, Purple Disco Machine and a live PA from Barbara Tucker in the club’s Theatre, Dimitri From Paris, Aeroplane and Melvo Baptiste in the Club, as well as the Savage DJs Jonjo Jury and Joshua James alongside DJ Pippi in the Wild Corner. The stars of the show, Glitterbox performers Lucy Fizz, Raven Mandella, Joan Oh, Kalypso Bang and more will be bringing the Glitterbox phenomenon to life. Tickets available now at hiibiza.com. 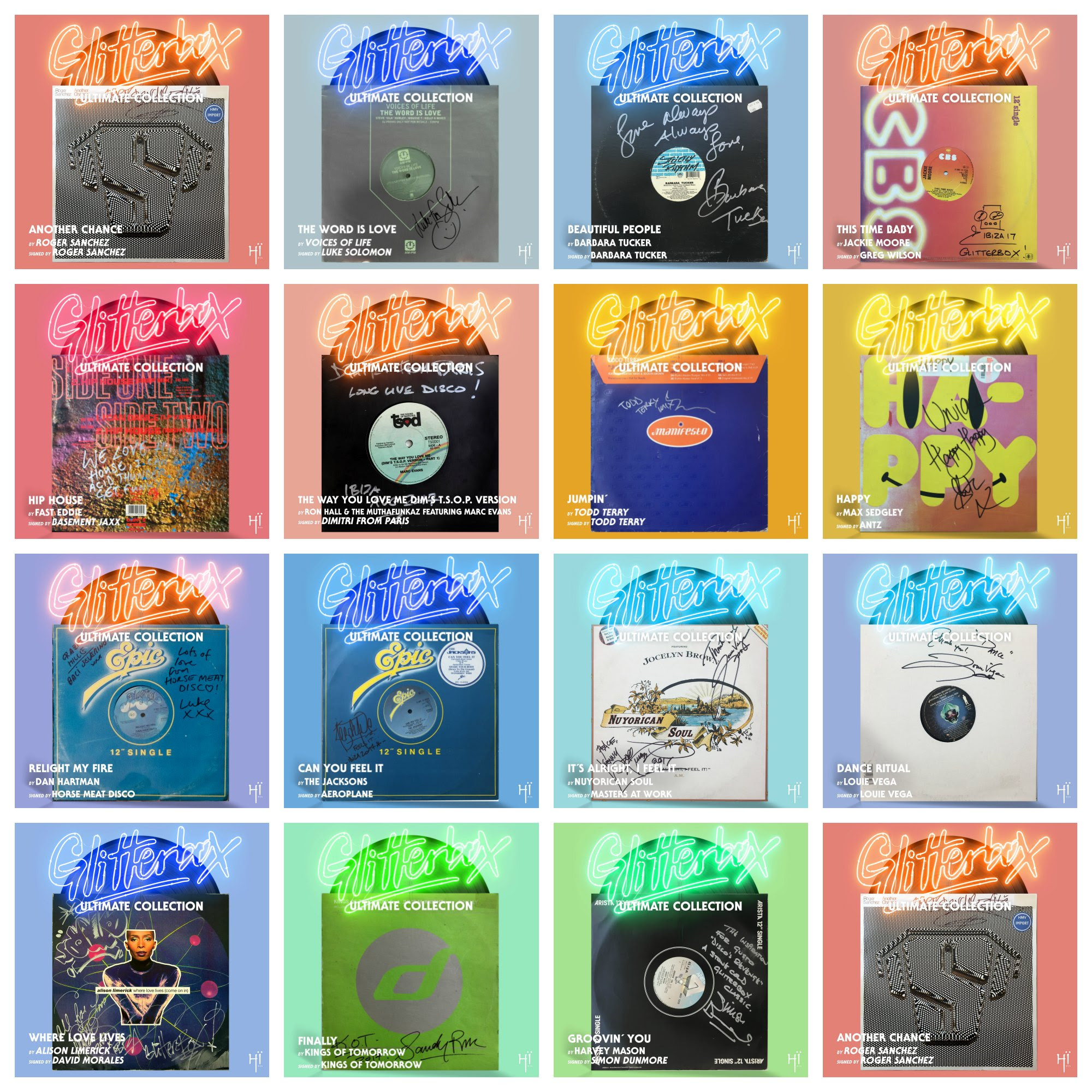 Over the last 12 months, Glitterbox and Hï Ibiza have enlisted some of the residency’s best-loved performers to personally select and sign their record of choice to be included in ‘The Ultimate Collection’. The records have been chosen as either hugely influential tracks by the DJs performing at Glitterbox, or are some of the biggest tunes made by the headliners from years gone by.

The Ultimate Collection comprises more than fifty 12” vinyls, including seminal tracks such as “Where Love Lives” by Alison Limerick (chosen by David Morales) “The Word is Love” by Voices of Life (selected by Luke Solomon), Joey Negro’s original acetate of Osunlade presents Erro “Change For Me”, “Another Chance” By Roger Sanchez (Roger Sanchez), “Can You Feel It” by The Jacksons (Aeroplane) “Groovin You” by Harvey Mason (selected by Simon Dunmore) & many more vinyl classics.

‘The Ultimate Collection’ auction opens on Thursday 10th May, with bids accepted until Monday 21st May at 5pm CET. The collection will be auctioned to the highest bidder, with the winner of the auction invited to attend the Glitterbox Opening Party on 1st June to receive their treasure trove of signed vinyl and meet with some of the guest DJs performing on the night.

All of the proceeds from the auction will go to the Ibiza Preservation Fund (IPF), which works to protect Ibiza and Formentera’s environment and natural beauty. From campaigns to save water and stop oil drilling in the Mediterranean Sea, to projects that protects the Posidonia meadows and preserve the island’s almond trees. By raising money from people who care about the islands’ future, the IPF supports and partners with local, grass-roots and international organisations to preserve Ibiza’s land and sea and unique cultural and environmental heritage. To find out more and place your bid, visit charitystars.com.

Since opening its doors for the very first time in 2017, Hï Ibiza has played host to many of the biggest names on the electronic music scene, welcoming thousands of party revellers from all around the world, all eager to experience the island’s latest nightlife institution. With world-class residents; including South Africa’s hottest export Black Coffee (Saturdays) global clubbing institution Cream Ibiza (Sundays) Cathy Guetta presents GangStar (Mondays) the phenomenal Eric Prydz (Tuesdays) spectacular Armin van Buuren and Sunnery James & Ryan Marciano (Wednesdays) acclaimed party series Afterlife (Thursdays) and the island’s most flamboyant party Glitterbox (Fridays) – all combined with state-of-the-art design and sound and a commitment to putting the clubber at the centre of the experience proves the groundbreaking club is a force to be reckoned with. https://www.hiibiza.com

Every Friday from 1st June – 28th September, Glitterbox will transform Hï Ibiza with state-of-the-art production, their biggest line-ups to date, and the now infamous Glitterbox dance crews out in force. These weekly extravaganzas will feature an expertly crafted blend of contemporary, obscure and sought-after disco and house collectables, alongside anthems and classics. http://glitterboxibiza.com